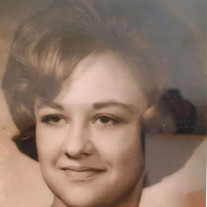 Aleksandra “Sandy” Wieski Simpson Sandy Simpson, age 72, passed away July 24, 2018 to be with her heavenly father. She was born April 29, 1946, in Germany, after the war, in a displaced persons camp to Piotr and Henryka Wieski, Polish citizens. Her parents brought her to America in 1951 and she became a citizen in 1971, but she never forgot her Polish heritage. She belonged to the Resurrection Polish National Catholic Church which she loved dearly. She worked for Chrysler Corporation for 36 years retiring in 2001. Sandy leaves behind to cherish her memory her daughters, Debbie Smith, Tricia (Fonz) Matriciano, Tami Matriciano; son, Ron Matriciano, who were the most important in her life. She loved being a mother and grandmother to 21 grandchildren and 17 great grandchildren. She is also survived by her sisters, Irene Preuss, Wanda (Tad) Wysor, Bernice Wilson, Jo Ann Jachimiak and Diana (Joe) Motylinski. She was also close to her husband’s children, John (Debbie) Simpson, Jim (Lynette) Simpson, Pam (Bob) Lachappel, Debbie Irwin and Mary Beth (Keith) Delaney. She will be greatly missed by her many friends that she made over her lifetime that she cherished so much. She was preceded in death by her parents, grandmother, Jane; brother, John and her beloved husband, John “Jack” Simpson, whom she missed so much. Friends are invited to visit from 2:00pm to 8:00pm Sunday at Ansberg-West Funeral Home, 3000 Sylvania Avenue where services will be held 2:00pm Monday. Private interment in Calvary Cemetery. Memorial contributions may be made to Hospice of Northwest Ohio or Resurrection Polish National Catholic Church. Condolences for Sandy’s family may be expressed online at www.ansberg-west.com

The family of Aleksandra Simpson created this Life Tributes page to make it easy to share your memories.