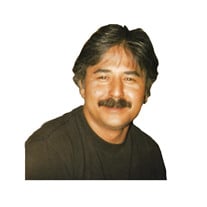 Alexander Phillip Moore, 67, of Toledo, OH, passed away March 15, 2017, in his home. He was born November 30, 1949, in Honolulu, HI and was the son of Billie D. Moore and Alice K. Moore. Alex graduated from DeVilbiss High School in 1968. He served honorably with the United States Marine Corps from June 1968-July1972, in Viet Nam and Jan ’69 to Feb ’70 with the First Batallion; 7th Marines; “D” Company and 2nd Combined Action Group. Alex retired from CSX Railroad as a carman in 2015. Alex loved the outdoors, animals, and was an avid trout fisherman. He enjoyed northern Michigan with all its wonders, driftboat fishing Michigan rivers, and a tight stretch on the fly line. He will be missed for his quick wit and his loyalty to friends and family. He is survived by his son, Dean E. Moore, cousins, Merrily Grana-Jones, Dr. Melissa Morgan-Patrylo, Traci (Chris) Jones-Picknell, Gary E. Jones Jr., Dr. Morgan Patrylo, Godson, Timothy D. Burke, and a host of lifelong friends who were like family. Alex was preceded in death by his sister, Patricia Velma Moore and parents, Billie D. and Alice K. Moore. Alex wanted his ashes to be spread in the AuSable River which he loved so much. In lieu of a funeral there will be a memorial gathering to celebrate his life at a later date to be announced. Ansberg-West Funeral Directors (419) 472-7633. Online condolences may be sent to the family at www.ansberg-west.com

The family of Alexander P. Moore created this Life Tributes page to make it easy to share your memories.