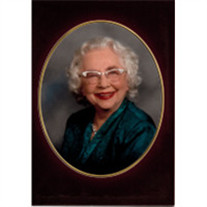 Lucille Shurtz, 89, of Toledo, Ohio passed away on Saturday, December 28, 2013 in her home. She was born on May 24, 1924 in Toledo to Ethel and Henry Gifford. She was a 1942 graduate of Woodward High School and a 1946 graduate of the University of Toledo where she was a member of Kappa Delta. In 1949 she married her college sweetheart, Robert A. Shurtz, and enjoyed 44 years of wonderful marriage until his passing in 1993. She was a piano teacher for 70 years and continued to do some teaching right up until her illness in December. She was a member of the First Baptist Church of Greater Toledo for 70 years where she was also a member of West Toledo Circle and Hillary Club. Lucille was a long time member of Mu Sigma Phi, Toledo Piano Teachers, and the Ohio Music Teachers Association. The Tom Lehrer quote, “Life is like a piano. What you get out of it, depends on how you play it.” aptly encapsulates Lucille's life. She tremendously enjoyed playing and teaching the piano. She portrayed graciousness with warmth and laughter in a way that endeared her to all who got to know her. She cherished every moment, from world trips with her son to the beauty of a flower garden or a simple song. She also enjoyed Toledo Symphony Orchestra concerts, Cleveland Orchestra concerts at Severance Hall and at Blossom, and trips to Las Vegas to hear her favorite pianist, David Osborne. Lucille remained very active and independent right up until she entered Toledo Hospital on December 8 ??" always enjoying dressing up stylishly with distinctive glasses and enjoying driving to eat at Bob Evans and Eddie Lees. Lucille cherished a very special bond with her son, Robert H. Shurtz. They loved annual trips to New York City where they saw many Broadway musicals each year. They also looked forward to annual trips to Naples, FL for Christmas with her niece Peggy and celebrating New Year's Eve annually at Walt Disney World. Each summer they enjoyed traveling. Over the years, Lucille and her son traveled to all 50 states, Canada, London, Paris, Ireland, Scotland, Germany, Austria, and Switzerland. Her favorite spots (with multiple trips to each) are Paris, Hawaii, New York City, Boston, Gatlinburg, Ft. Lauderdale, Naples, Disneyworld and Las Vegas. She also loved University of Michigan football and the UM Marching band and was thrilled to go to many bowl games and UM Marching Band performances. Lucille is survived by her son Robert H., by nephews Eugene (Cheryl) Shurtz, Jr. and Mike (Pat) Daly, and by nieces Peggy Daly, Elaine (Gary) Shanks, and Gwen (Dabney) Tolson. She was preceded in death by her husband Robert A. Shurtz, her parents, Ethel and Henry Gifford, sister-in-law Eleanor (Joe) Daly and brother-in-law Eugene (Ruth) Shurtz. Family and friends may visit from 3 - 8 pm on Monday, December 30 in the Ansberg-West Funeral Home, 3000 Sylvania Avenue, Toledo, OH. Funeral services will be held at 10 am Tuesday December 31 at the First Baptist Church of Greater Toledo, 6520 Pilliod Rd, Holland, OH. Memorial contributions may be made to the First Baptist Church of Greater Toledo.

Lucille Shurtz, 89, of Toledo, Ohio passed away on Saturday, December 28, 2013 in her home. She was born on May 24, 1924 in Toledo to Ethel and Henry Gifford. She was a 1942 graduate of Woodward High School and a 1946 graduate of the University... View Obituary & Service Information

The family of Alice Lucille Shurtz created this Life Tributes page to make it easy to share your memories.

Lucille Shurtz, 89, of Toledo, Ohio passed away on Saturday,...