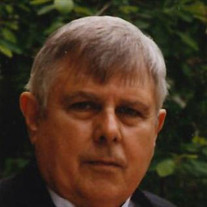 Alios “Al” Baumgartner 77, of Toledo, passed away on November 7, 2018, after a round of trap shooting at the Great Northern Sportsman Club. He was born July 14, 1941, to Aloysius and Mayme Baumgartner, who preceded him in death. Al was a graduate of Macomber High School, where he lettered in football and golf. He worked for 50 years at Paben Harlow Tool & Die. . I often told my dad that he would have a boring obituary, but inside these 54 years and retirement years, was a life full of nothing boring. He belong to the “Monarchs” on Ottawa Drive, in the 1950’s. Al worked at the service station on Ottawa Drive & Upton (ask me about the Corvette transmission). He married the former Sheron Esterly. Al went on a canoe trip on the Riffle River and 9 months later I came into the picture. He belonged to Bowling leagues-o-plenty (throw in a 300 game and a bunch of 298’s). Raising me and instilling work ethic, conservation and arriving at least 20 minutes earlier than the agreed upon time. Marshalling & golfing at the Legacy consumed his summers (throw in a hole-in-one). Anybody that drove down Berdan Avenue, always raved about the garden (ask me about his 12volt tomatoes). He was a past president of the Great Northern Sportsman Club and remained active (there isn’t a word that captures “active” when it can to the club as he was involved in every facet of its operation). The same activity can be applied to the Sylvania Moose. If you had a steak, chicken or roasted pig in recent years he was involved. He is survived by his wife, Sheron, of 54 years, son, Eric (Sandy); grandsons, Nicholas, Drew, Dylan as well as his sister, Ellen Nolan. Al was also preceded in death by his grandson, Garrett as well as aunts and uncles. Family and friends may visit on Sunday, November 11th, from 2-7 p.m. at the Ansberg-West Funeral Home, 3000 Sylvania Avenue, (between Secor and Douglas Roads), where funeral sevices will be held on Monday, November 12th, at 11 a.m., with Reverend Terry Rebert officiating. Graveside services will follow at Ottawa Hills Memorial Park. Family and friends may continue to celebrate Al’s life at Great Northern Sportsman’s Club. Contributions, in Al’s memory, may be made to Ottawa Lake or Whiteford Volunteer Fire Departments or Ducks Unlimted. Special thanks to the first responders of Ottawa Lake ( Man vs. golf cart, they still boast about being able to drive the ambulance on the golf course) as well as the Whiteford first responders and Toledo hospital’s CCU who gave us an extra 2 days to prepare.

The family of Alios "Al" Baumgartner created this Life Tributes page to make it easy to share your memories.

Alios “Al” Baumgartner 77, of Toledo, passed away on November...