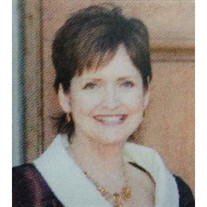 Barbara Jane Gearhart, 69, was called home on Friday, November 18, 2016 at St. Vincent’s Hospital in Toledo. She was born in Minneapolis, Minnesota on December 1st, 1946 to parents Eddie and Jane Jones. She was raised in Toledo, where she resided until her passing. She graduated from Start High School in 1964. She went on to the University of Toledo and received a Bachelor’s Degree, and also a Master’s Degree in Counseling and Human Services in 1986. She worked for the State of Ohio Bureau of Vocational Rehabilitation from 1972 until retirement in 1998. She continued to work as a Licensed Professional Counselor in the field of vocational assessment and mental health counseling. She was devoted to doing God’s work, and spent much of her time volunteering for Rahab’s Heart, a local ministry catering to women in need. She was also an Associate with the Sisters of Notre Dame, and a member of Little Flower Church. Barbara was filled with an unmatched amount of kindness, generosity, spirituality and strength. She was quick to help those in need, and often did so quietly and without recognition. Her radiant smile lit up any room, and her laughter made the best of any situation. She was preceded in death by her parents, and is survived by her devoted husband of more than 44 years, Thomas Gearhart, daughter Elizabeth (Brady) Grimm, grandchildren Genevieve and Caroline Grimm, brother Michael (Monica) Jones, brother Marty Westlin, and sister Anne Garcia. She also leaves behind many beloved nieces and nephews. Friends may call at Ansberg- West Funeral Home at 3000 West Sylvania Avenue in Toledo on Tuesday, November 22nd from 2 to 8 p.m. A funeral mass will be held on Wednesday, November 23rd at 11:00 a.m. at Little Flower Catholic Church, 5562 Dorr Street in Toledo. In lieu of flowers, please consider making a donation to Rahab’s Heart, 1501 North Ontario, Toledo, Ohio, 43614, 419-244-8672.

Barbara Jane Gearhart, 69, was called home on Friday, November 18, 2016 at St. Vincent&#8217;s Hospital in Toledo. She was born in Minneapolis, Minnesota on December 1st, 1946 to parents Eddie and Jane Jones. She was raised in Toledo, where... View Obituary & Service Information

The family of Barbara Jane Gearhart created this Life Tributes page to make it easy to share your memories.