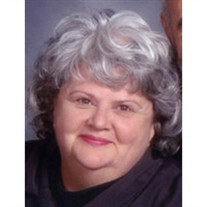 Barbara E, Herring, 62, died unexpectedly at her home on Monday, October 13, 2008.? Barbara was born in Denver, CO, and moved to Toledo as a teenager, finishing high school at Sylvania High School.? She attended The Ohio State University and upon graduation taught junior and senior high English in the Springfield schools for 14 years. ? Barb attended the University of Toledo School of Law, graduating cum laude in 1984, where she was Executive Editor of the Law Review and a member of the Order of the Coif.? She began her legal career at the firm of Cooper and Walinski, where she attained the position of partner.? Barb then joined the City of Toledo Law Department in 1991, and advanced to become the City's first female Law Director in 1998.? Barb was recognized as a strong leader who displayed great integrity in the face of often challenging circumstances.? Barb retired from the Law Department in January, 2006, devoting herself to Dave, the love of her life, her two special sons, David and Nathan, and her beautiful grandchildren. ? Among her many community activities were the Juvenile Court's Court Appointed Special Advocate (CASA) program, St. Paul's Community Center Board of Directors, Board of Trustees Toledo Legal Aid Society, 2005 President of the Ohio Municipal Attorneys Association and Lector at Blessed Sacrament Parish, where she also participated in her special Small Faith Group.? In addition to her many community contributions, she also received the 1997 Outstanding Woman of the Year Award for Fairness and Justice in City Government from the City of Toledo Affirmative Action department. ? Barb was preceded in death by her parents, Julian and Martha White, and her nephew Josh Herring.? She is survived by her husband of 43 years, David Herring, sons, David (Tina) and Nathan (Nicki), and her beloved grandchildren Emily, Jacob, Aidan, Carter, and Liam.? Also surving are brother John (Lynn) White, sister Carol (Donald) Gildemeister, in-laws William and Evelyn Herring, Judith (David) Herring-Orlich, Mark (Dawn) Herring, Lisa (John) Heinrich, nieces and nephews Sarah, Gretchen, Mark, Heather, Matthew, Jonathan, Alex, and Joseph, and great nieces and nephews Alexandra, Madison, Samantha and Maya, Ewen, and Eli. ? Barb will always be remembered for her generous, loving, and caring relationships with others. ?She will be sadly missed by her family and many good friends, especially Mary Smith and her daughter Rebecca. ? Visitation for Barb will be at the Ansberg-West Funeral Home, 3000 W. Sylvania Avenue, Toledo, Ohio 43613, (419-472-7633) on Thursday, October 16 from 4pm - 8pm with a Rosary Service at 7pm and Friday, October 17 from 2pm - 8pm with a Scripture Service at 7pm.? The Mass of Christian Burial will be celebrated 11 am Saturday at Blessed Sacrament Church, 4227 Bellevue Rd.? In lieu of flowers, the family has asked that donations be made to the American Heart Association, St. Paul's Community Center of Toledo, National Parkinson's Association, or 4 Paws Sake of Toledo. ?

Barbara E, Herring, 62, died unexpectedly at her home on Monday, October 13, 2008.? Barbara was born in Denver, CO, and moved to Toledo as a teenager, finishing high school at Sylvania High School.? She attended The Ohio State University and... View Obituary & Service Information

The family of Barbara E. Herring created this Life Tributes page to make it easy to share your memories.

Barbara E, Herring, 62, died unexpectedly at her home on Monday,...