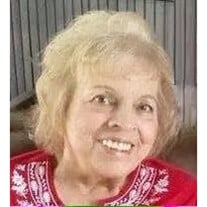 Not your ordinary obituary. Most obituaries start in pretty much the same way, this one will be no different. Barbara S. Rainey passed away peacefully at St. Luke's Hospital on July 5th, 2015 surrounded by family. She was preceded in death by Parents Clarence W. and Mabel L. Snyder, brother John & Johanna Snyder (Sister-in-law) and Michael Miller (grandson). She is survived by 4 children, Kevin Rainey (Angie), Susan Rainey-Biler (Paul), Joel Rainey (Paige) and CJ Holley-Rainey. Grandchildren, Heather, Michaela, Amanda, Jay, Renee, Sydney, Kent, Joshua, Lauren, Christian and Gunner, great grandchildren and her 4 sisters Diane C Henn (Dwight), Paula K Bier (Richard),Marcia E Dircks (Lehr), Mary C Caswell (Ken). Barbara spent most of her school years in Huron, Ohio, graduating from Huron High School.She was also a proud graduate of Heidelberg University and The University of Toledo. After graduation she went on to marry, have children and teach at Shoreland Elementary, Whitmer High School, Regina Coeli and St. Stevens. Barb, was the choir director at Point Place United Church of Christ, Lambertville United Methodist, Hampton Park Christian Church and New Hope United Methodist Church. All before her children imposed a mandatory retirement 2007. Now, remember we said at the start that this was no ordinary obituary. You see, Barb, Mrs.Rainey, Mrs. R or Mom, as she was known, had an undeniable love and passion for her students. If she wasn't helping them excel both on and off stage, she was shuttling a van load of them to a "must see" show. Whether you needed help with upcoming contests, auditions, Spanish homework or just her world famous "life advice"? There was Mrs. R. She might not approve; but she'd deal with that later. "Barbs kids", believed they could do the impossible and with her guidance, they usually did. She took an odd little show called the "Whitmer Circus" and turned it into must see "Extravaganza", "Varsity Swing Chorale" became "FanFare". She directed the 1st off Broadway production of Jesus Christ Superstar and The Fantastics right here in Toledo. Barb was a fixture in the early days of the Westgate Dinner Theater, Sang with the Symphony Chorale, created the Toledo Music Theatre; she even did a stint with the New Bedford singers. She used her unimaginable talents to produce and direct mesmerizing High School musicals and community productions, laying the groundwork for many more years of "remember when(s)" to come. All the while molding performers and non-performers alike. So, now you see why this couldn't be any ordinary obituary; she was certainly no ordinary lady. As her family, we got to share this extraordinary woman with the world and we couldn't be more honored. To us, there will always be a little bit of her in everyone she touched along the way. There will never be another. Friends are invited to visit after 10:00am Saturday July 11th 2015 at Ansberg-West Funeral Home, 3000 W Sylvania Ave, Toledo, OH 43613 where services will commence at 1:00pm. With mom's love of the arts, the family is asking that in lieu of flowers, please consider making a donation to a fine arts organization of your choice. A few suggestions: The Stranahan Theater & Great Hall, Toledo School for the Arts, The Toledo Jazz Society or any other organization in your area. You may also want to consider a lighthouse preservation project in your area.

Not your ordinary obituary. Most obituaries start in pretty much the same way, this one will be no different. Barbara S. Rainey passed away peacefully at St. Luke's Hospital on July 5th, 2015 surrounded by family. She was preceded in death by... View Obituary & Service Information

The family of Barbara Sue Rainey created this Life Tributes page to make it easy to share your memories.

Not your ordinary obituary. Most obituaries start in pretty much...