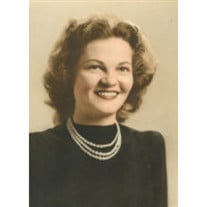 KEISSER Betty J. (Lazette) Betty J. Keisser, 92, of West Toledo, OH passed away peacefully at Hospice of Northwest Ohio in Perrysburg. She was born in Toledo on October 11, 1921, to Leonard J. and Matilda C. (Kellermeir) Lazette. Betty was married to the late David E. Keisser on October 13, 1945, her beloved husband of 50 years, who preceded her in death in 1996. Upon graduation from Waite High School, she attended Business College. She was a Financial Secretary for the former Heating Trades Supplies, Inc., a secretary in Military Personnel, Camp Roberts, CA, during the second World War, and later was financial secretary for her husband and their businesses, David E. Keisser Insurance, and the Kingsmoor Professional Building, which they built together in 1972. Later when their two sons became insurance agents, she volunteered to do their bookkeeping. She continued in this capacity for David S. Keisser Insurance, in the Kingsmoor Building, until her health began to fail. Betty was a member of Christ the King Catholic Church, its Altar and Rosary Society, and she had been a Eucharistic Minister at the church for approximately 20 years. She also volunteered as a Christopher at The Toledo Hospital, under the direction of Father Dorley, distributing communion to patients and was also a Perpetual Member of St. Joseph's Auxiliary to the Sacred Heart Home for the aged. Most recently, she was a member of the Funeral Ministry of Christ the King Church. Betty was very involved in Cub Scouts and proudly served as den mother for both her sons. She was a fabulous homemaker and excellent cook and baker. She loved to dance with her husband Dave whenever possible, and gardening brought her much joy throughout her lifetime, as did spending the winters in Stuart, FL with her family. Left to cherish her memory are her loving son, David (Mary); Melissa Keisser and beautiful granddaughter, Kayla Marie; stepgranddaughter, Brittany Fondren. Betty was preceded in death by her parents; husband; son, Keith A.; brother, Gilbert W. Lazette, and step granddaughter, Megan Fondren. Friends are invited to visit on Friday, November 15, 2013, from 2-8 p.m. in the Ansberg- West Funeral Home, 3000 Sylvania Ave., where the Rosary will be recited at 7 p.m. The Mass of the Resurrection will begin at 10 a.m. on Saturday at Christ the King Church. Interment will be in Toledo Memorial Park Cemetery. Her family wished to extend special thanks to the staff and caretakers at Hospice of Northwest Ohio for the excellent care that she received. Those wishing to make contributions in Betty's name are asked to consider Hospice of Northwest Ohio. To send her family online condolences, please visit www.ansberg-west.com

The family of Betty J. Keisser created this Life Tributes page to make it easy to share your memories.