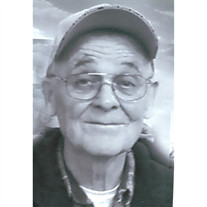 On the evening of March 15, 2015, Bobby Joe Holt, 76, passed away at the Genesis Health Care Center in Sylvania, Ohio surrounded by his loving family. Bobby was born in the town of Athens in Limestone Country in the state of Alabama on August 26, 1938. He was the second child of Charles and Aradia (Putnam) Holt; younger brother of "Jazz" Charles Holt. In 1950, his family would make the move to Toledo. In 1955 at the age of 15, he met a 12 year old girl named Shirley Hirauye, who became his one true love. They were married on December 20, 1958. Bobby and Shirley celebrated their 56th wedding anniversary this past December. Bobby was a loving husband, wonderful father and papa, dear friend and co-worker. Bobby was a U.S. Navy Veteran, serving from 1955-1959 as an interior communication electrician. In 1959, he was hired at the Toledo Hydramatic Plant, where he worked for 39 years. He retired on October 1, 1998, as a journeymen welder. He was a man of many skills and hobbies. He was a talented artist, had a passion for woodworking, both a ham radio and CB enthusiast. To his CB friends, he was known as "Wham Bam Bama." He enjoyed camping at local camp grounds, traveling in their RV across the U.S. and spending time at Lake Gage in Indiana with his brother "Jazz" Bobby was preceded in death by his father, Charles; mother, Aradia; brother, "Jazz" (Eleanor) and dear friend, Leroy Tupman. He is survived by his loving wife, Shirley; daughter, Sherri (Bob Fritz); sons, Michael (Tonia), Keith (Diane), Edward (Tracy); grandchildren, David (Kelsey), Marissa (Michael), Amanda (James), Michael, Phoenix, Krysta, Kristy (Ben), Keli and Ryan; great-grandchildren, Adalyn, Charlotte, and the promise of two more on the way. Very special thanks to the wonderful caregivers at "The Ranch" ProMedica Hospice; special friend, Shirley Tupman and sister-in-law, Tamiko Hirauye. Your love helped our family more that you will ever know. XOXO Friends are invited to visit from 2-8 p.m. on Friday, March 20, 2015, in the Ansberg-West Funeral Home, 3000 W. Sylvania Ave., where funeral services will begin at 11 a.m. on Saturday. Rev. Larry Swaisgood Officiant. Interment will be in Toledo Memorial Park. In lieu of flowers, the family asks that memorial contributions be directed to the Alzheimer's Association , ProMedica Hospice, or the Trilby United Methodist Church. To send the family online condolences, please visit: www.ansberg-west.com

On the evening of March 15, 2015, Bobby Joe Holt, 76, passed away at the Genesis Health Care Center in Sylvania, Ohio surrounded by his loving family. Bobby was born in the town of Athens in Limestone Country in the state of Alabama on August... View Obituary & Service Information

The family of Bobby Joe Holt created this Life Tributes page to make it easy to share your memories.