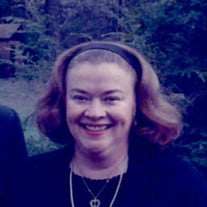 Carol Beers Slade, age 79, of Sylvania, Ohio passed away peacefully on November 24, 2020 at Flower Hospital in Sylvania, Ohio surrounded by her children. Carol was the oldest of four children born to George and Ruth Beers in Flossmoor, Illinois. She attended Bloom Township High School graduating in 1959. She then went on to Denison University graduating in 1963 with a degree in Economics. While there she met her husband, Jeffrey A. Slade. After Carol graduated, they were married and moved to the Rogers Park area of Chicago where they lived for several years before moving to Oak Forest, Illinois, where they spent the next 15 years. Jeff, Carol and their family moved to Sylvania, Ohio in 1984 where she lived the remainder of her life. Carol was a devoted wife, mother and grandmother, and adored by all. Carol always put everyone else ahead of herself. She will be remembered for her strength during the final years of her life, coping with the adversity of her battle with cancer, beating all the odds and enjoying her life. Her sentry, Vinny, was a comfort to her over these past few difficult years, never straying more than a few inches from her side. Carol lived a full life with her family. Carol loved to cook, travel, and spend time with her children and grandchildren, traveling to many places with her granddaughter for her travel sports tournaments. Carol was an active member of Inverness Club and enjoyed bowling and golf. She volunteered her time with the Christ Child Society of Toledo, Ohio helping underprivileged children. Before Jeff’s death, Carol and Jeff enjoyed traveling and had taken two world cruises; the first in 2001 with stops in Hong Kong, Vietnam, Singapore, Myanmar, India, and Dubai among others, going all around Africa, including a safari in Kenya. The second in 2006, took them down West Central and South America as far as Lima, Peru, several South Pacific Island groups, New Zealand, and Australia. Carol was preceded in death by her beloved husband in 2012, after 48 years of marriage. Carol is survived by her children, Carson (fiancé Scott Zanick) of Defiance, Ohio and Jeffrey (Christine) of Toledo, Ohio; grandchildren, twins Kendall and Connor Black and Vivienne and Jeffrey Slade; step-grandchildren, Elizabeth Sabel, Coit Black, and Alison Preslan. She is also survived by her brother, Ken Beers and sisters, Linda Downing and Donna (Robert) Scalla. Friends are invited to visit from 1:00-6:00pm on Sunday December 6, 2020 in the Ansberg-West Funeral Home, 3000 W. Sylvania Ave. Burial will be private in Toledo Memorial Park Cemetery. Memorial contributions can be made to the Christ Child Society of Toledo, Ohio or Planned Pethood of Toledo, Ohio or a charity of the donor’s choice.

Carol Beers Slade, age 79, of Sylvania, Ohio passed away peacefully on November 24, 2020 at Flower Hospital in Sylvania, Ohio surrounded by her children. Carol was the oldest of four children born to George and Ruth Beers in Flossmoor, Illinois.... View Obituary & Service Information

The family of Carol Beers Slade created this Life Tributes page to make it easy to share your memories.