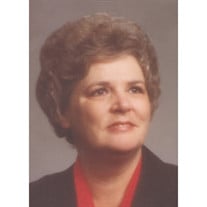 Carolyn “Dolly” Carper, 76, of Monclova, Ohio passed away Friday June 3, 2011 at Hospice of Northwest Ohio surrounded by her loving family. She was born November 21, 1934 to Arthur H. and Ruby M. (Lenfesty) Jordan in Toledo. Dolly was a graduate of Devillbiss High School, class of 1952. She married Donald Carper June 18, 1953, and together they raised 5 children. Dolly was employed at Ohio Citizens Bank and Jeep Federal Credit Union before retiring in 1989. She and Don retired to Fairfield Glade, Crossville, TN in 1989 and returned to the Toledo area in 2005 to be closer to family. Dolly enjoyed playing golf, bowling and vacationing with friends on golf outings and cruises. Dolly is survived by her loving husband, of 58 years, Donald; children, Deborah (Michael) Carper-Antel, Donna (David) Duren of Rowlett, TX, Bruce Carper, Linda (Douglas) Allman; grandchildren, Michael Antel, Andrew, Alexandra and Matthew Allman; brother, John (Marion) Jordan; sister, Phyllis (Robert) Elkins of Sheffield, AL and 7 nieces and nephews. She was preceded in death by her parents and son, William. The family would like to express their appreciation to Hospice of Northwest Ohio for their outstanding care. Services will be held 10:00am Tuesday at Ansberg-West Funeral Home 3000 Sylvania Avenue where friends are invited visit from 2:00 to 8:00pm Monday. Memorial contributions may be made to Hospice of Northwest Ohio or Toledo Fire Fighters Museum. Online condolences may be left at www.ansberg-west.com

The family of Carolyn Carper created this Life Tributes page to make it easy to share your memories.