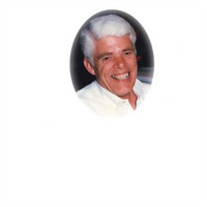 Daniel W. Camp Jr., a retired insurance adjuster and fervent golfer, died after a brief illness May 29 at St. Vincent Mercy Medical Center. He was 75. Dan's bright smile always lit up the room, and his upbeat attitude and positive outlook on life made him a joy to be around. He was born May 4, 1933, the son of Daniel W. Camp, Sr. and Mary Ward Camp, and lived in West Toledo, where he attended Old Orchard Elementary and the former DeVilbiss High School. As a corporal in the U.S. Army, he served in the Korean War from 1951-53. After he left the service, Dan attended the University of Toledo. In 1955, Dan married his high school sweetheart, Patt Tanber. They celebrated 52 years of marriage on September 3, 2007. In the early 1960s, Dan became an agent for State Farm Insurance. He later worked as an adjustor for Auto Owners Insurance, retiring in 1996. In the 1970s, Dan and Patt began vacationing in Florida, where they eventually bought a home and made many new friends. After Dan and Patt retired, they spent their winters in Sarasota, joined by close, lifelong friends from Toledo. Dan was passionate about his family - especially his granddaughters Molly and Alexa - his church and his golf. He served as deacon emeritus and was a lifelong member of First Baptist Church of Greater Toledo. When he wasn't playing golf, Dan enjoyed working on the links in retirement. He was employed for a number of years at Bedford Hills Golf Club in Temperance, Mich., where he was still working last week. Surviving are his wife, Patt Camp; sons, Dan Camp III and Nick (Terri) Camp; sister, Sally Sussman; brother, John Camp; and grandchildren, Molly and Alexa Camp. Visitation will be Sunday, June 1, from 1 to 4 p.m. and 6 to 8 p.m. at Ansberg West Funeral Home, 3000 West Sylvania Ave. The funeral will be Monday, June 2, at 10 a.m. at First Baptist Church of Greater Toledo, 6520 Pilliod Rd., Holland, OH 43528. Interment will be immediately following at Ottawa Hills Memorial Park at Talmadge and Central. The family asks that contributions be made to the church or a charity of the donor's choice.

Daniel W. Camp Jr., a retired insurance adjuster and fervent golfer, died after a brief illness May 29 at St. Vincent Mercy Medical Center. He was 75. Dan's bright smile always lit up the room, and his upbeat attitude and positive outlook on... View Obituary & Service Information

The family of Daniel W. Camp created this Life Tributes page to make it easy to share your memories.