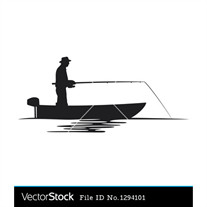 Darryl K. Cooper, 55, of Toledo, OH, was born to the union of Jessie and Marilyn Cooper on April 28, 1960. God called him home on Friday, April 22, 2016. He graduated from Robert S. Rogers High School, in 1978, and began working at Libbey Glass Inc., in 1981. Darryl remained a faithful and dedicated employee for 35 years. In his spare time, he enjoyed spending time with family, friends, gardening, and craftsmanship. But, his greatest love of all was fishing and spending time on his boat! He was preceded in death by his father, Jessie Cooper Sr. and grandmother, Mattie Kidd. He leaves to cherish his loving memory, mother, Marilyn Cooper, of Swanton, OH; his daughter, Rashaunda (Otis) Simmons, of Cleveland, OH; son, Darryl Cooper II, of Toledo, OH; sisters, LaVeda (Garry) Wright and Shelly Ulrich; and brother, Jessie Cooper Jr., all of Toledo, OH; grandchildren, Jayden Cooper of Durham, NC and Makenna Cooper of Cleveland, OH; and a host of nieces, nephews, and other relatives and kind friends. Friends are invited to visit on Thursday, from 11 a.m. until the time of the funeral service at 1 p.m., at the Ansberg-West Funeral Home, 3000 Sylvania Avenue, (between Secor and Douglas Roads). Interment will follow at Historic Woodlawn Cemetery. Contributions in memory of Darryl may be made to the American Cancer Society. Online condolences may be sent to the family at www.ansberg-west.com

The family of Darryl K. Cooper created this Life Tributes page to make it easy to share your memories.