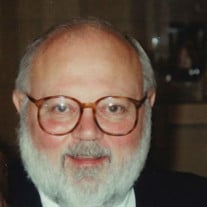 David L Hart died in Toledo Ohio on October 17, 2019 surrounded by his family. He was the beloved only son of Rita and L. Lee Hart, born in Detroit on a snowy Christmas morning in 1944. At the age of five, he moved to Toledo, and enrolled at Ladyfield school, where he was well educated by the Sisters of Notre Dame. In high school, he played football and baseball and, after graduating in 1963 from Maumee Valley Country Day School, he attended Colgate University and played football there. He had way too much fun visiting the Seven Sisters. From 1967 to 1973, he served in the Ohio National Guard. He had many jobs out West; his favorite was being a life guard at the Sun Valley Resort, a destination he returned to frequently for hunting and fly fishing trips, dinner at the Pioneer restaurant, shooting at the gun club Hemingway favorited and dancing in the Duchin room. Eventually, he returned to Toledo to work as a self-employed manufacturers' representative for Lee Hart & Associates, supplying automakers with universal joints, bearings, and brake fluid reservoirs. He treasured the closeness and camaraderie of working with his dad. Always self-deprecating, he described himself as a peddler and relished his time on the road, making cold calls and turning customers into friends. He never joked or laughed at the expense of others but laughed genuinely and endlessly at himself. He never had a resume. After many years as a committed bachelor, at the age of 48, he married Sarah McHugh, with whom he became a loving parent to twin sons: L. Lee Hart II and David L. Hart, Jr. Fortunate to work from his home, he was able to share fully in their upbringing and treasured his time as their father: drives in the countryside, singing Rolling Stones songs, reading, traveling, golfing, attending Michigan and Notre Dame games, and especially, raising them in his faith. He joined Inverness in 1984 and served on its board and committees. Besides golf, he enjoyed duck hunting, skeet shooting, racquetball, and poker. As a cruciverbalist, he completed the daily New York Times Crossword Puzzle, in pen, except on Saturdays. He had a quick wit and an encyclopedic memory. A lifetime parishioner at Gesu Church, he received all the sacraments there, save Baptism. For three years, he attended Mass daily. The relationships of son, husband, father and friend were very important to him and he honored them. He cooked a beautiful steak on the grill or in the fireplace, and at Christmas, his prime rib was perfectly medium rare. Hosting a good party was a frequent pleasure, and when others hosted, he was among the last to depart. He was smart, as well as sensitive and loving; he never hesitated to say I love you. He was quick with a quip and a funny remark, but he kept his vulnerabilities hidden, mostly for the benefit of others. He was complex, beautiful and solid. And for too short a time, some people were fortunate enough to call him husband, son, father and friend. He is survived by his wife, Sarah McHugh, sons, L. Lee Hart II, and David Hart, Jr., his mother in law, Rosemary “Posy” McHugh and his brothers in law: Tom, (Jeannie Hylant) Terry (Karen), Tim, Phil (Suzanne) and Dan (Teresa). His parents, Rita and L. Lee Hart, infant sister, Sarah Mary, father in law, Jack McHugh, and brother in law, James Patrick McHugh preceded him in death. The family will receive friends and loved ones on Sunday from 3 – 6 PM at Ansberg-West Funeral Services (3000 W Sylvania Ave, Toledo, OH 43613). A Catholic Mass of the Resurrection will be celebrated by his friend and confessor, Rev. Ron Olszewski, OSFS at Gesu Church on Monday, October 21 at 10 AM. Burial services will follow at Toledo Memorial Park. In lieu of flowers, donations are suggested to Gesu Church, 2049 Parkside Blvd, Toledo OH 43607.

David L Hart died in Toledo Ohio on October 17, 2019 surrounded by his family. He was the beloved only son of Rita and L. Lee Hart, born in Detroit on a snowy Christmas morning in 1944. At the age of five, he moved to Toledo, and enrolled at... View Obituary & Service Information

The family of David L. Hart created this Life Tributes page to make it easy to share your memories.