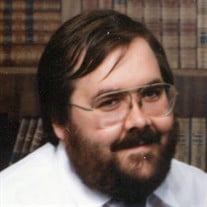 David Jordan-Squire 1959-2020 David Jordan-Squire, 61, passed on Monday, July 13, 2020. He was born on February 24, 1959, in Cumberland, Maryland, but as a young child moved with his family to Toledo. David’s lifelong love of music began when he sang in Trinity Episcopal Church’s boy choir, and he continued to sing in various church choirs as an adult. David graduated from Thomas A. DeVilbiss High School in 1976. In 1983, he graduated from the University of Toledo with a Bachelor of Arts in Music degree with a specialty in Piano and Vocal Performance. At the University of Toledo, he served as musical director of the musicals “Ain’t Misbehavin’” and “Sondheim Tonight,” and he performed in the opera “The Purple Gang.” While at the University of Toledo, David met his future wife Jeannine Jordan. They married May 1, 1982, later separated. After graduation David moved to Lima, Ohio, where he lived almost 30 years. While there he worked as an editor for CSS Publishing and served as choir director for Epworth United Methodist Church. David is survived by his children, Christopher Jordan-Squire, of Pittsburgh, PA, and Megan Jordan-Squire and Bethany Jordan-Squire, both of Columbus, OH. He is also survived by his mother, Patricia Squire; his brothers, Walter Squire (Allison Carey), of Huntington, WV, and Jesse Squire (Jennifer Sader), of Sylvania, OH; and his nephew Dashiell Carey-Squire, of Huntington, WV. He was preceded in death by his father, Raymond Squire, and his grandparents Edwin and Mable (Grotie) Squire, and Lee and Lucile (Egan) Rynder. A memorial service to celebrate the life of David will take place at a later time.

The family of David Wesley Jordan-Squire created this Life Tributes page to make it easy to share your memories.