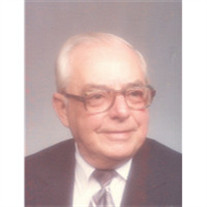 Kranz Donald J. Donald J. Kranz, 91, passed away peacefully on January 10, 2013 at Kingston Residence of Sylvania. He was born on March 29, 1921 to Karl and Mary (Gfell) Kranz. Don served his country honorably during World War II, the Korean War, and was a member of the military police. He was a graduate of Central Catholic High School, class of 1939 where he volunteered for 15 years, and helped organize his class bi-monthly luncheon. He was a member of St. Catherine of Sienna Catholic Church for 54 years and ushered for 20 years. He was also a member of St. Catherine's Holy Name Society, the Knights of Columbus Council #3122, and the Catholic War Veterans. Prior to his retirement, Don was employed by Electric Auto Lite (Prestolite) for 40 years, retiring as Credit Manager, and was an active member of the retirees association. He is survived by his loving and devoted wife of 66 years, Patricia (Zeller) Kranz; children, Donna Haar, Gary (Sally) Kranz, and Mary Pat Kranz; grandchildren, David Haar, Angela (Scott) Safford, Brittany (Ryan) Gillen, Jason Haar and Heather Kranz; great-grandchildren Maxwell Haar, Gavin Leu and Sarah Gillen; brothers Robert (Midge) Kranz, Paul Kranz, and many nieces and nephews. He was preceded in death by his granddaughter Christine Marie Haar, and son-in-law Larry Haar. Don's family wishes to extend special thanks to Kingston facilities of Sylvania, especially Sue Banks and the staff for their loving care. Friends are invited to visit on from 3:00-7:00pm on Sunday January 13, 2013 in the Ansberg-West Funeral Home, 3000 Sylvania Ave.. Friends will also be received on Monday after 9:00am at St. Joseph Church in Sylvania where the mass of the Resurrection will begin at 10:00am. Interment will be in Calvary Cemetery. Those wishing to make memorial contributions are asked to consider Central Catholic High School or the charity of the donor's choice. To send Don's family online condolences, please visit www.ansberg-west.com

The family of Donald J. Kranz created this Life Tributes page to make it easy to share your memories.