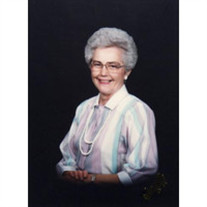 Dorothy Paul HOLLAND, Ohio - Dorothy A. Paul, 86, formerly of BROWNSTOWN, IN, was called to her heavenly home last week from the Lutheran Village nursing home in Holland. A private family service was held in St. Louis, Missouri. Burial immediately followed the ceremony. She now rests beside her beloved husband, Roy. Born in Cincinnati, Ohio, her family moved to St. Louis, Missouri, in the late-1920s. As a young woman, she enjoyed dancing and ice skating - activities which allowed her to meet and fall in love with Roy in 1941. They married in 1944 just prior to Roy's military assignment as a B-17 navigator over the skies of Europe. ? Dorothy moved to Brownstown with her husband and three sons in 1952. She was an active member of St. Peter's Lutheran Church and in the community as well. She was very involved with Psi Iota Xi charitable sorority serving on the National Council as Officer for the Southeast District in 1977. The American Cancer Society was also among her many civic activities. Dorothy worked several years for Jim Spurgeon Insurance in Brownstown, Brownstown Central High School, and later at the Brownstown Public Library. She was preceded in death by her husband, parents, and one brother, Norman. She is survived by her sons and their respective families: Glenn (Sherry) of Bettendorf, Iowa, Brian (Pauline) of Toledo, Ohio, and Carl (Connie) of Cypress, Texas; eight grandchildren: Bradley, Adrian, Danielle, Derek, Jennifer, Jonathan, Brandon, and Brittany; four great grandchildren: Benjamin, Caroline, Emily, and Evan; a brother Albin Oehler; a niece Carol (John) Carlock and family, nephew Alan Oehler and family; nephew Bill (Debbie) Oehler and family - all of St. Louis, Missouri; nephew Gene (Rita) Oehler and family of Winston-Salem, North Carolina; sister-in-law Dorothy Oehler of Baker City, Oregon; long-time special friends the Kloppenberg family and Darlene (Wayman) Sommers - all of Brownstown. Memorials may be given to St. Peter's Lutheran Church in Brownstown or the American Cancer Society

The family of Dorothy A. Paul created this Life Tributes page to make it easy to share your memories.