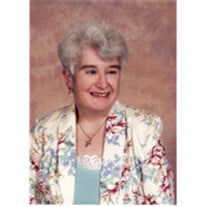 Gene Vivian Meyer, of West Toledo, passed away on February 27, 2012 surrounded by family and friends at The Toledo Hospital. Gene was born June 14, 1945 to Eugene F. and Vivian Graham Meyer in York, Nebraska but raised in New York City, moving to Toledo, Ohio in 1991. She graduated from the College of New Rochelle in June of 1966 and worked for Mutual of New York for four years until a car accident caused her disability. In Toledo, she became a very active parishioner of St. Pius X Church where she made many devoted friends who cared very much for her. She could often be found assisting with parish dinners, church services and was devoted to CHIRP (Christ Renews His Parish) retreats. The New York Yankees were the ONLY baseball team and she wholeheartedly rooted for them, or, for ANY team playing against the Boston Red Sox. She loved baseball. Gene was preceded in death by her mother and will be deeply missed by her father; brother, William G. (Jan) Meyer of Toledo; her nieces, Meghan Kathleen (Michael) Kugel of South Bend, IN; Kathryn Marie Meyer of Los Angeles, CA; her nephews, Patrick Graham Meyer of Steamboat Springs, CO; Kevin Eugene Meyer, of Chicago, IL; her great-nephews Levi David and Mason Graham Kugel of South Bend, IN and her many friends at St. Pius. Visitation will be held at the Ansberg-West Funeral Home, 3000 Sylvania Avenue, Toledo, OH 43613 from 3:00-8:00 PM on Friday, March 2, 2012. A funeral mass will take place at 10:30 AM on Saturday, March 3, 2012, at St. Pius X Church,(Please meet at church), 3011 Carskaddon, Toledo, OH with internment to follow at Resurrection Cemetery. The family request any memorials be given to St. Pius X Church.

The family of Gene Vivian Meyer created this Life Tributes page to make it easy to share your memories.

Gene Vivian Meyer, of West Toledo, passed away on February 27,...