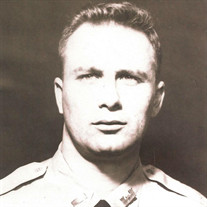 Howard “Bill” William Koenigseker, 81, passed away peacefully, surrounded by his family on February 18, 2020 at the Lakes of Monclova. He was born September 22, 1938 to Howard C. and Vyrl (Blatt) Koenigseker in Toledo, Ohio. Bill was a graduate of Maumee High School and the University of Toledo, College of Engineering, where he was in the Army ROTC. Bill honorably served his country with a 25 year career in the Army Corp of Engineers, including deployments in Korea and Vietnam, and retired as a Lieutenant Colonel. After retirement he was a Councilman with the Kelleys Island Village Council, and served with the Volunteer Fire Department, the Volunteer EMS, and the Volunteer Police Department. He worked diligently to make Kelleys Island a family friendly destination. Bill was preceded in death by his wife, Christine Marie Koenigseker. He is survived by his daughter, Cynthia (Raymond) Wagner; son, Jeffrey Koenigseker; and step-son Mark Kryziak; grandchildren, Jeffrey (Amanda) Koenigseker, Christina (Zachary) Hartman, and Hannah Twining; great granddaughter, Amelia Harman; sister, Sandra (John) Stare; and brother, Phil (Sharon) Koenigseker. Family and friends are invited to visit after 10:00 am, Saturday, February 29, 2020 at Ansberg-West Funeral Home, 3000 Sylvania Avenue, where funeral services will commence at 12:00 pm, with Andrew Rechtenwald officiating. Memorial contributions may be made to Hospice of Northwest Ohio.

The family of Howard "Bill" Koenigseker created this Life Tributes page to make it easy to share your memories.