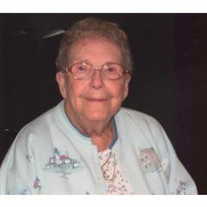 GRAHAM Ivy Lucile Ivy Lucile Graham, 93, passed into the arms of her Savior on Christmas Eve, in her home, surround by her family. She was born September 20, 1921, in Toledo. Lucile was proud of her East Side heritage and often spoke of the house on Yondota Street where she watched the Anthony Wayne Bridge being built. Some time ago she was thrilled to have us drive her past her old house and to see it still standing and the same color. Lucile was married in January of 1946, to George R. Graham after he returned from the war. While he was overseas, she often said, she wrote to him every day and twice on Sunday. Their union produced five children. Lucile was an active member of Emmanuel Baptist Church where she sang in the choir for some forty years. She was recently honored as having been a member of the church longer than any other living person. She took ceramics classes for years and had dozens of beautifully crafted objects which she made for herself and as gifts for family and friends. Lucile is survived by her children, Janet (James) Wells, Lauretta (Gary Brandeberry) Moon, Shirley (Gene) Rice, and Donald (Denise) Graham; numerous grandchildren, great-grandchildren and great-great-grandchildren, all of whom adored her and her sisters, Leatrice Rawson and Charlotte (Sam) Bomar. She was preceded in death by her husband, George R. Graham; her son Don’s twin, Kenneth Graham and her son-in-law, Kenneth Moon. Friends are invited to visit from 2-6 p.m. Sunday, in the Ansberg-West Funeral Home, 3000 Sylvania Avenue, (between Secor and Douglas Roads), where funeral services will be held at 11 a.m. Monday. Interment will follow in Ottawa Hills Memorial Park. The family suggests contributions, in memory of Lucile, be made to Emmanuel Baptist Church. Online condolences may be sent to the family at www.ansberg-west.com

GRAHAM Ivy Lucile Ivy Lucile Graham, 93, passed into the arms of her Savior on Christmas Eve, in her home, surround by her family. She was born September 20, 1921, in Toledo. Lucile was proud of her East Side heritage and often spoke... View Obituary & Service Information

The family of I. Lucile Graham created this Life Tributes page to make it easy to share your memories.