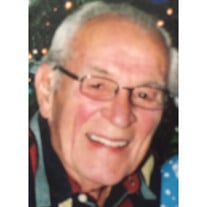 James “Jim” Dotson Wingate died on February 14, 2016 at the age of 91. Born on April 18, 1924 in Toledo, Ohio, Jim was the youngest child of Roy and Edith Dotson Wingate. At Devilbiss High School he was a member of the swim team and following graduation in 1942, he enlisted in the United States Navy to serve his country during World War II. Jim was a 2nd Class Petty Officer aboard the USS Yorktown for four years and while stationed in Pearl Harbor went to school to become a radar specialist. During his tour of duty Jim was involved in 11 major naval battles in the Pacific Theatre. His military service was a lifelong source of pride for Jim and he recounted that the USS Yorktown earned 11 Battle Stars and a Presidential Unit Citation for its part in securing an Allied victory. As a member of the USS Yorktown crew he passed through the Panama Canal and took part in missions in Okinawa, the Marshall Islands, Hawaii, the Mariana Islands, New Guinea, Guam, the Philippine Islands and Japan. A car enthusiast, Jim has owned a 1954 Jaguar convertible, 1949 Packard, 1963 Corvette coup and a 1963 Olds Convertible. Jim was also an accomplished artist and graduated from The Meinzinger Art School in Detroit. At school he met Bettejane Melhorn and they married in 1950 and settled in Toledo residing on North Avilla Lane for over 40 years. Jim worked for 'Graphics Arts' for 25 years as a commercial artist and was later employed by Dolgin Jewelers. To Jim’s sorrow, his wife Bette passed away in 1993. However, in 1997 he reconnected with Doral Jene Kettel at a Devilbiss High School Alumni get-together. Jim and Doral Jene married and lived in California until her death in 2009. Following Doral Jene’s passing, Jim returned to Toledo in 2009 to be near his sister, June Wingate Kozy and her family. Jim spent his final years at Oakleaf Village and, later, at The Grove at Oakleaf Village. Recently, The Grove and Great Lakes Caring Hospice honored him with a Veteran's Pinning Service, to his pride and delight. James was preceded in death by wives Bettejane Melhorn Wingate and Doral Jene Kettle Wingate, brother Billy Wingate, sister June Wingate Kozy and brothers-in-law John Melhorn and Dr. John Kozy. Jim is survived by nephews Peter Kozy, Jeffery (Mallie) Kozy, Paul (Marcia) Kozy, David ( Terri) Kozy and their families, and by Bette's siblings Doris Jane Melhorn Scraggs and Bob Melhorn and their families as well as by Doral Jene's children Kit (Mike) Whetstone, Kim(Craig) Paoli, and James Hammerel and their families. The family would like to thank the staffs at Oak Leaf Village and The Grove and of Great Lakes Caring Hospice for their wonderful care of Jim. Their kindness and personalized service were so appreciated in his time of need. Burial with Military Honors is on Saturday, February 20, 2016 at Toledo Memorial Park, 6382 Monroe Street, Sylvania, Ohio 43560, meeting at the gates at 11:50 am for 12:00pm service. Friends may also visit www.ansberg-west.com to leave a message in the Book of Memories.

The family of James Dotson Wingate created this Life Tributes page to make it easy to share your memories.