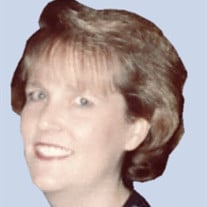 Jane Czech, 57, a lifelong resident of Toledo, passed away peacefully in her sleep on Saturday night, September 3, 2016. She was born, February 26, 1959. Jane graduated with the Rogers High School class of 1977, and married David E. Czech, of Toledo in 1981. Jane was employed at the Toledo Clinic at the time of her passing. Jane was a lover of nature, gardening, animals, bowling, reading and spending time with her kids. Jane was a mother to all, and known as Momma C. She loved to cook for her three children and all of their friends, and she always had an open door for anyone who needed a shoulder to lean on, or an ear to listen. She devoted her life to her children's sport and college activities, and she would give the shirt off her back, if it meant someone would have a better day. Jane was preceded in death by her husband, Dave Czech; father, Thomas Lancaster Sr., and mother, Betty (Kranich) Lancaster. She is survived by her children, Christopher Czech, Portland, Oregon, Nicholas Czech and Natalie (John Langenderfer) Czech; brother, Thomas (Sue Ann) Lancaster Jr., sister, Peggy (Dave) Jordan and her beloved extended family of nieces, nephews, in-laws and best friend, Roxanne Maier. Friends are invited to visit on Friday, from 4-8 p.m., at the Ansberg-West Funeral Home, 3000 Sylvania Avenue, (between Secor and Douglas Roads), where sharing of memories will be at 7:30 p.m. Friends may also visit on Saturday from 9 a.m., until the funeral mass at 10 a.m., at the Most Blessed Sacrament Church, (2240 Castlewood Drive) at Bellevue Road. Father Philip Smith will officiate. Contributions, in memory of Jane, may be made to the Toledo Humane Society, 827 Illinois Avenue, Maumee, OH 43537, or any local animal shelter of the donor’s choice. Online condolences may be sent to the family at www.ansberg-west.com

Jane Czech, 57, a lifelong resident of Toledo, passed away peacefully in her sleep on Saturday night, September 3, 2016. She was born, February 26, 1959. Jane graduated with the Rogers High School class of 1977, and married David E. Czech,... View Obituary & Service Information

The family of Jane M. Czech created this Life Tributes page to make it easy to share your memories.

Jane Czech, 57, a lifelong resident of Toledo, passed away peacefully...