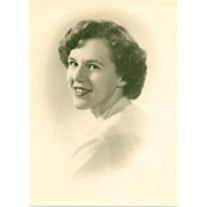 Janet Ruth Roberson, age 70, of Toledo, Ohio passed away on Wednesday, October 22, 2008 at Hospice of Lake Park Comfort Care in Sylvania, Ohio. She was born in Adrian, MI to Thelma and Chuck Koehnlein on July 28, 1938. She attended Adrian College, where she wrote for the campus newspaper, was a member of Chi Omega Sorority and participated in the arts. After marriage and three children, she continued her education at The University of Toledo, attaining a Masters Degree in Education. She was a dedicated teacher for Toledo Public Schools. Janet started her career at DeVilbiss High School. Her journey continued at McKinley, Cherry, Nathan Hale, Gunkel, and Longfellow Elementary, where she retired. Janet was very dedicated to the students she taught - always looking for ways to enrich her lessons and their lives. At Longfellow, she founded The Wings of Peace program, which encourages children all over the world to call for peace. Her fifth grade classes took part in leading the entire school in readings and music on the school's front lawn on the Friday before Memorial Day. It was her way to help everyone remember the sacrifices made for peace. Janet lived and was active in the Old West End and its revitalization. She was chair of the Old West End newsletter and active in the Old West End Festival for many years. She was a longtime member of the Toledo Museum of Art and enjoyed books, origami and antiquing. Janet is survived by her sister Madelyn (Buck) of Brooklyn, MI, one niece, two nephews, sons Scott (Tia), Tom (Annette), Fritz (Heather), grandsons James, Gregory, Jack, Andy, Preston, and Harley. Family and friends will be received on Friday, October 24, 2008 from 2 to 8pm at the Ansberg-West Funeral Home, 3000 Sylvania Ave., Toledo, OH. Prayers will begin on Saturday, October 25, 2008 at 9:30AM in the Funeral Home immediately followed by a mass beginning at 10:00AM in St. Martin De Porres Church. Interment in Oakwood Cemetery in Adrian MI. Those wishing to make memorial contributions are asked to consider the National Multiple Sclerosis Society at 401 Tomahawk Dr., Maumee, OH 43537.

Janet Ruth Roberson, age 70, of Toledo, Ohio passed away on Wednesday, October 22, 2008 at Hospice of Lake Park Comfort Care in Sylvania, Ohio. She was born in Adrian, MI to Thelma and Chuck Koehnlein on July 28, 1938. She attended Adrian College,... View Obituary & Service Information

The family of Janet Ruth Roberson created this Life Tributes page to make it easy to share your memories.