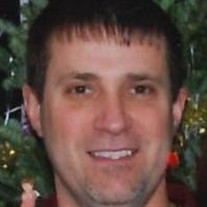 James “Jim” P. Jacob, 46, of Toledo, Ohio passed away on Thursday, January 10, 2019, at Hospice of Northwest Ohio after a courageous battle with cancer. He went peacefully, surrounded by family. Born on January 25, 1972 in Toledo, Ohio, he was the youngest child of Richard Jacob and Ruth (Paul) Jacob. Jim graduated from Start High School in 1990, where he was named first team All-City pitcher for the Spartan baseball team. In 2017, he was inducted into the Start HS Hall of Fame. His love of sports was established at an early age and would continue to be a significant part of his life. Jim’s involvement in sports spans from being an active coach in youth sports to running a fantasy football league for twenty-four years. His longtime favorite sports teams were the Yankees, Cowboys, and Michigan Wolverines. He would eventually expand his loyalty to the University of Cincinnati, the school attended by both of his children. Along with his affection for sports, Jim had a love of pizza. On January 10th of 2010, he opened his own pizza shop, J-Cups Pizza. Within five years, he would go on to open three more stores in the Toledo area. Creating a great product was always an important part of the business, but one of his major focuses was giving back to the community. Since opening the first store, J-Cups has donated over $25,000 worth of products, gift cards, and money to local schools and organizations. Jim was a loving husband and caring father to his children. He enjoyed watching sports and going on trips with family and friends. He had a wit about him that often showed up unexpectedly, but always with the purest of intentions. He was highly respected by all of his employees, not because he demanded it, but because he earned it. More than anything, Jim was humble. Through all of his successes in life, he remained modest and shied away from the spotlight. His accomplishments in sports and business were an essential part of his life, but would always remain second to his family and community. Jim is survived by his high school sweetheart and wife of twenty-four years, Jolien (Watson) Jacob; his two children, Dustin and Brooke; his six siblings, Bob (Brenda) Jacob, Beth (Ken) Sofalvi, Kim (Todd) Hukalo, Robyn Schuller, Kip (Kristen) Jacob, and John Jacob; stepbrother, Richard Henry; father and mother-in-law, Bob and Jenny Watson; brothers-in-law, Rob (Kelley) Watson, Ryan (Georgette) Watson, Andy (Katie) Watson, and Matt Watson; as well as many nieces and nephews. He was preceded in death by his stepmother, Thelma Jacob; stepbrother, Jeff Henry; and grandparents. The family would like to extend a special thank you to the compassionate caregivers at Hospice of Northwest Ohio. Friends are invited to visit on Sunday January 13, 2019 from 2:00-8:00 p.m. and Monday from 11:00 a.m.-1:00 p.m. at the Ansberg-West Funeral Home, 3000 Sylvania Avenue, where services will begin at 1:00 p.m. Those wishing to make memorial contributions are asked to consider Hospice of Northwest Ohio, The American Cancer Society, or the donor’s favorite charity. To send his family online condolences, please visit www.ansberg-west.com

The family of Jim Jacob created this Life Tributes page to make it easy to share your memories.