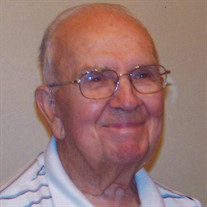 John C. Beddoes, 93 of Toledo, passed away peacefully September 28, 2021 with his loving family by his side. John was born July 20, 1928 to John and Phyllis (Harbard) Beddoes in Altoona, PA. John attended Macomber High School graduating in 1946. He honorably served his country in the Army Infantry from 1946–48 and during the Korean War from 1950 to 1951. He graduated from the University of Toledo in 1954, where he was a member of the marching band and Sigma Phi Epsilon Fraternity. He married Margaret Bartholomew on April 23, 1955, they enjoyed nearly 50 years of marriage, until her passing on April 17, 2005. John worked for the Internal Revenue Service for 35 years until his retirement in 1990. He received many accolades for his behind the scenes work, building cases for tax evasion. He continued his use of tax knowledge preparing tax returns for Kobil Law Offices until 2019. John was a member of St. Paul’s Lutheran Church for over 60 years and was a 50 year member of the Toledo Lutheran men’s bowling league. He enjoyed golf and bowling into his mid 80’s as a member of many leagues. He was an avid University of Toledo Rockets fan, holding season basketball tickets for many years. John was also a huge baseball fan having played and coached and was especially fond of the Detroit Tigers. John was a wonderful husband, father, brother, and an awesome grandfather. He is survived by his children, Brian Beddoes, Gary (Caren) Beddoes, Laurie (Charles) Winters; grandchildren, Sarah Beddoes, Emily (Jacob) Lindhurst, Jennifer (Andrew) Saltzstein, Charles (Jamie VanPelt) Winters, Trenton Winters; great grandchildren, Lucas and Kennedy Lindhurst and Noah John Saltzstein. Preceded in death by his sisters Kathleen Morris and Margaret Betz. Special thanks to Otterbein Sunset House and Ashanti Hospice, as well as the medical staff at St. Anne Hospital. Friends are invited to visit from 3:00pm to 7:00pm Monday October 4, 2021 at Ansberg-West Funeral Home, 3000 Sylvania Avenue, where services will be held 11:00am Tuesday. Interment will follow in Toledo Memorial Park. Contributions in his memory may be made to: Lutheran Ministries of Mercy.

John C. Beddoes, 93 of Toledo, passed away peacefully September 28, 2021 with his loving family by his side. John was born July 20, 1928 to John and Phyllis (Harbard) Beddoes in Altoona, PA. John attended Macomber High School graduating in... View Obituary & Service Information

The family of John C Beddoes created this Life Tributes page to make it easy to share your memories.