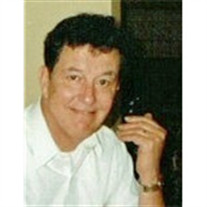 John, “Jack” McDonagh went to be with Jesus, his Lord and Savior, Saturday, April 12, 2014. He was born June 11, 1929 in Toledo to James and Edna (Cook) McDonagh. “Jack” was the youngest of six children: Vincent, James, Bernard, Charles, MaryAnn (McDonagh) Brady Buford, and “Jack.” and they all preceded him in death. He attended Central Catholic High School, where he met and later married his “beloved Ruthie,” Ruth E. Serin, on May 30, 1950. She preceded him in death in 2001, after 50 years of marriage. He was a Public Accountant Practitioner (1964 – 2007) and a parishioner at St. Catherine of Siena Church. Jack was an avid golfer and card player and also enjoyed bowling and swimming. Surviving are his children, Lois McDonagh, Patrick (Juanita) McDonagh, Robert (Brenda) McDonagh, Susan (Kevin) Richardson, Judy (Daryl) Fox, Mary (Jon) Farmer; 14 grandchildren and 30 great-grandchildren. He was also preceded in death by his sons, Joseph McDonagh in 1951 and John McDonagh in 2007. Visitation will be on Thursday, April 17th,from 2-8 p.m. at the Ansberg-West Funeral Home, 3000 Sylvania Avenue (between Secor and Douglas Roads), where funeral services will be Friday, April 18th , at 10 a.m.. Graveside services will be at 10 a.m. on Saturday, April 19th, at Calvary Cemetery. The family wants to thank the staff at Aspen Grove and Hospice of Northwest Ohio for their love and care of “Jack.” Online condolences may be sent to the family at www.ansberg-west.com

The family of John Michael McDonagh created this Life Tributes page to make it easy to share your memories.

John, “Jack” McDonagh went to be with Jesus, his Lord and Savior,...