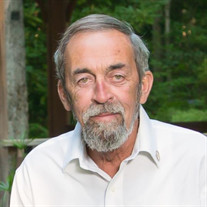 John, beloved husband, father, grandfather, son and brother, was taken suddenly and found eternal rest and peace with the Lord on January 18, 2019. John, 67, is survived by his wife, Laura(Gusses) of 45 years, their children; JJ (Cena), Tony (Amira), Nick (Kate), Marisa (Doug), Danielle (Joe), Joe (Brandon), Scott and their grandchildren Alayna, Gabriella, Lucia, John, Anthony, George, Francesca, Sabene, Colette, Andrew, Eliana, Niko, Elias, Joseph, Alexander and Carter. John will be forever remembered by his brothers and sisters Mary, Ann, Sonny, Patty, Jimmy (Sue), Timothy (Karen), Eileen, Marty (Lynn), Maggie, and Colleen (Ed) and a host of nieces, nephews and extended family and dear friends. John was preceded in death by his parents, Alfred and Mary, brother, Joseph and brothers-in-law: Don, Mike, John, Dave, Dan, Mike, and Mark. John was born April 17, 1951 to Alfred and Mary Pedro in Toledo, Ohio. He is the fourth oldest of twelve children. John was a graduate of Central Catholic High School class of ‘69. In 1971, John began his lifetime career as a cement mason and a proud member of Union Local 886. He married his beautiful bride and wife Laura in 1974. Together they welcomed their first of six children in 1976 and completed their family in 1985. Spending his summers growing up in Marblehead, John continued his fondness for lake life and especially fishing into retirement. He always loved sports, especially Notre Dame and The Ohio State Buckeyes football. With an appreciation of his Irish heritage, music, antiques and collectables, John further explored his interests and roots during retirement. He always had a project going on fixing something but most recently for his children. His greatest joy was spending time with his children and grandchildren. He will always be lovingly remembered for his weekend breakfasts, especially his French toast, where all were welcome, and everyone left feeling satisfied. John loved life and knew someone everywhere he went. Every day he lived to the fullest his own way. All who knew him would attest that their lives were more enriched having been touched by his presence. Visitation will be Sunday, January 27 from 3:00 pm until 8:00pm, with Prayer Service at 7:00pm at St. George Orthodox Cathedra, l3754 Woodley Rd, Toledo, Ohio 43606. Funeral services for John will be at St. George Orthodox Cathedral on Monday, January 28 at 10:00 am. John will be laid to rest in a private burial with his family members. In lieu of flowers, memorial donation in memory of John can be sent to St. George Orthodox Cathedral (3754 Woodley Rd, Toledo Ohio 43606) or a charity of choice.

John, beloved husband, father, grandfather, son and brother, was taken suddenly and found eternal rest and peace with the Lord on January 18, 2019. John, 67, is survived by his wife, Laura(Gusses) of 45 years, their children; JJ (Cena), Tony... View Obituary & Service Information

The family of John Anthony Pedro created this Life Tributes page to make it easy to share your memories.