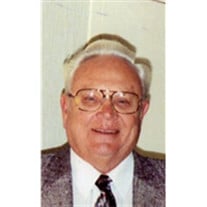 John Powell (Pawlowski) Jr., 84, of Toledo, OH, passed away suddenly Tuesday, September 22, 2009, at home. Bowling was his life-long passion; John began bowling at age 14. By age 15 he already carried an average of 192. Before a knee injury halted his career in 1971, John dominated the Toledo area's top men's league for 17 years. He won 14 city match-play titles and was the Ohio State match-play champion twice. He also captured 11 ABC tournament titles and won 23 championships outside Toledo. John was inducted into the American Bowling Congress National Hall of Fame in March, 2000 - he was the only member of the 2000 class. Prior to his ABC induction, John had also been inducted into the City of Toledo and State of Ohio Hall of Fames. In 1952 John took his first step into the business side of bowling, opening a pro shop. He then helped build and promote three of the largest bowling centers in Toledo: Glass Bowl Lanes, Imperial Lanes and Southwyck Lanes. In 1972, he partnered with bowling legend Don Carter and built 16 centers across the country. John was also heavily involved in horse racing. He owned several harness racing horses and loved to travel the country to watch them train and compete. Every Friday you could find him at the track spending the day watching races simulcast from all over the country. One of his favorite things to do every year was drive down to Kentucky and check on the progress of his horses. He loved the drive and spending time at the stable just watching the horses run. John was most passionate though about his family. He loved spending time with them, especially his younger great-grandchildren. He loved taking them swimming, on golf cart rides and just out to get a good meal. His eyes would light up instantly when he spent time with his family, whether he was talking with people at family get-togethers or chasing the children with his cane. John served in the United States Marine Corps during World War II. His tour included active duty in the South Pacific for 1 ? years. John was preceded in death by his parents, Tillie and John Pawlowski Sr. and his son Dale J. Powell. He is survived by his wife June Powell, daughters Vicky Wiley and Lou Ann Powell, stepsons Peter Zamis, Gary (Sue) Zamis, grandchildren: Cory, Erika, Lindsay, Jeff, John, Matthew, Ashleigh and Brannigan as well as great grandchildren Kendall and Carson. Services will be 11 AM Friday in the Ansberg-West Funeral Home, 3000 Sylvania Avenue where the family will recieve friends from 2-8 PM Thursday. Any tributes may be made in the form of contributions to American Diabetes Association or the American Heart Asssociation.

John Powell (Pawlowski) Jr., 84, of Toledo, OH, passed away suddenly Tuesday, September 22, 2009, at home. Bowling was his life-long passion; John began bowling at age 14. By age 15 he already carried an average of 192. Before a knee injury... View Obituary & Service Information

The family of John Powell created this Life Tributes page to make it easy to share your memories.