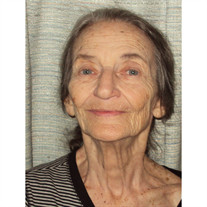 Karleen Middleton Quin Murphy, PhD, died July 23rd, 2017 after a long battle with dementia and succumbing to complications of multiple myeloma, an incurable cancer. She was born in Montego Bay Jamaica, grew up in Kingston Jamaica where she was an aspiring ballerina, and top scholar during primary and secondary education. She attended Sir George Williams University for undergraduate studies and McGill University for graduate studies in Montreal, Quebec, Canada. She moved to Toledo after marriage and began her PhD studies at U Michigan however transferred to University of Toledo after birth of first two children. After completing her PhD at the University of Toledo, she joined the UT faculty of English, and taught many writing and literature courses for almost 30 years. She was naturalized, becoming a US citizen, and was asked to be the keynote speaker at the ceremony. She was a voracious and eclectic reader and dedicated her life to teaching in and beyond the classroom. She was a diverse scholar; a member of the NW Ohio's Writer's Forum, Poet's Society, and an accomplished/published writer of poems, critique articles, and romance novels. She was active in the community serving on the board of mental health organizations, and a literary consultant to many, including mayoral campaigns. She was an avid gardener; with her green thumb she grew a vast assortment of flowers and tropical fruit bearing trees (orange/avocado). She supported the Arts including Toledo Ballet and Toledo Symphony. She will be missed by all whose lives she touched and inspired. She is survived by her children, Robert Farley Murphy, Laura A M Murphy MD, Jonathan Phillip Murphy, Ian Douglas (Colleen) Murphy, sister Alice McNay, childhood best friends Alison Hodge and Jeane Hageman, and grandchildren Evan, Kristin, Catherine, Erin, and Quin. In lieu of Flowers, memorial contributions may be sent to The University of Toledo Foundation (designation of choice).

Karleen Middleton Quin Murphy, PhD, died July 23rd, 2017 after a long battle with dementia and succumbing to complications of multiple myeloma, an incurable cancer. She was born in Montego Bay Jamaica, grew up in Kingston Jamaica where she was... View Obituary & Service Information

The family of Karleen Middleton Quinn Murphy created this Life Tributes page to make it easy to share your memories.