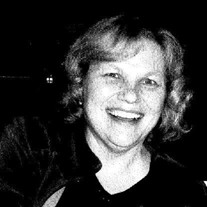 Kathleen “Kathy” Louise Perzynski age 66 of Toledo, Ohio died peacefully this past Friday, June 12 h in Cleveland, Ohio at the Cleveland Clinic in the company of her husband Tom. Kathy was born the seventh of eight children to her parents Paul and Mary Evelyn Raitz (Kimmet) on June 15th, 1953 at Tiffin Mercy Hospital in Tiffin, Ohio. She grew up in New Riegel on her family’s farm and graduated from New Riegel High School in 1971. During her early nursing studies she met Thomas C. Perzynski, her soulmate, and they were married at the farm, celebrated afterward with Arnold’s Dance Band performing on September 7th 1973. She became a Registered Nurse in 1973 at Toledo’s Mercy School of Nursing; then worked as a staff nurse on a Neurology unit at The Toledo Hospital until 1978, when she also completed a Bachelor of Education, Public Affairs and Community Services at the University of Toledo. She earned a Master of Science in Community Health Nursing at the University of Michigan, with a concentration in Home Health Administration and a Specialty Certificate in Aging in 1986. While at the University of Michigan, she received the Emilie Gleason Sargent Award for outstanding leadership in Community Health Nursing. Her distinguished career in nursing included hospital care and home health nursing. Kathy served as the Director of Home Health Services at the Visiting Nurse Service of Toledo from 1986 — 1989. Her career eventually evolved to a focus on community health nursing and nursing education. Notably, she was the Camp Nurse at the University of Michigan’s Camp Davis in Jackson Wyoming in 1989 and 1990, where she developed a passion for the outdoors, national parks, and new adventures. Kathy achieved the rank of Associate Professor in the Department of Nursing at Lourdes University in Sylvania, Ohio, where she was first hired as an instructor in 1989, served as interim chairperson (2001-2003; 2006) and Interim Dean (2006). In 2011 after a sudden illness, she transitioned to become Associate Professor Emeritus, and continued to actively support nursing scholarship at Lourdes, where her innovations in curriculum and pedagogy are felt today in RN to BSN, LPN to BSN and RN to MSN programs that she helped design. As a nursing scholar she was an active presenter, educator and grant writer, with publications in various professional public health nursing journals. She gave dozens of presentations at professional conferences including the American Public Health Association. Her teaching, research and scholarship included notable awards for substantially increasing nursing workforce diversity (Health Resource and Services Administration), promoting independent living among older adults (Retirement Research Foundation) and the development of Northwest Ohio’s first network of neighborhood wellness centers (Department of Health and Human Services Division of Nursing). In 2006, she was recognized by Lourdes with the Faculty Excellence Award. Her professional memberships included Sigma Theta Tau (Rho Chapter and Zeta Theta Chapter), Sigma Phi Omega (Beta Theta Chapter), the American Public Health Association, The National League for Nursing, the Ohio League for Nursing, the Mercy School of Nursing Alumni Association, the University of Michigan School of Nursing Alumni Association and the University of Toledo Alumni Association. She was an active contributor to schools, community based and civic organizations, having organized several school and community health fairs. She served in the Lucas County Medical Reserve Corps and as a volunteer for Life Connection of northwest Ohio. For three decades she sang beside her husband Tom as a member of the Folk Choir at the Blessed Sacrament Parish Community in West Toledo. She also was a volunteer usher at the Toledo Museum of Art Peristyle for a decade. In 1998, she survived a rare and terminal liver disease, by having a liver transplant at the University of Michigan. At the time of her death, she was the longest surviving transplant recipient of that transplant program. Out of gratitude of the gift she received, Kathy routinely gave guest presentations to persons considering organ transplant for The Gift of Life Foundation, Universities, and other agencies. She absolutely loved her family and friends and especially enjoyed her grandchildren. One of her passions was developing and maintaining a beautiful garden (which was featured in 2008 as part of the Friends of Toledo Day Nursery Annual Garden Tour). She was always happy to give away plants from her garden to friends, family and strangers. She is known for so many talents, one of which is baking. Kathy would deliver freshly baked cookies to the Bureau of Motor Vehicles to help promote organ donation. She is also known for her extensive variety of delicious Christmas cookies, a tradition started by her mother on the farm. Her family and friends remember her as being strong, kind, loving, and generous. She is survived by her husband Tom, children Adam (Maureen) and Rita (Brian), grandchildren Holly, Sophie, Edward, Theodore and Paul and her sisters Mary Jane, Nancy, Charlene, Joyce and Janet. She was preceded in death by her brothers Paul and John and parents Paul and Mary Evelyn. Her family appreciate the care, love and support given to her by so many from the nursing community, family, and friends. In lieu of flowers, the family requests contributions in her honor be directed to the Kathy Perzynski Commitment to the Profession Award at Lourdes University or Sisters of St. Francis in Sylvania, OH. Friends are invited to visit from 4:00p.m. to 8:00p.m. Friday (All social distancing and face covering recommendations will be strictly observed) at Ansberg-West Funeral Home, 3000 Sylvania Avenue, where the Rosary will be recited at 7:00p.m. A private Mass will be celebrated at 12:00pm Saturday at Christ the King Church and will available to viewed via a livestreaming link at cktoledo.org for those not invited to attend. Private interment in Calvary Cemetery.

Kathleen &#8220;Kathy&#8221; Louise Perzynski age 66 of Toledo, Ohio died peacefully this past Friday, June 12 h in Cleveland, Ohio at the Cleveland Clinic in the company of her husband Tom. Kathy was born the seventh of eight children to her... View Obituary & Service Information

The family of Kathleen "Kathy" Louise Perzynski created this Life Tributes page to make it easy to share your memories.