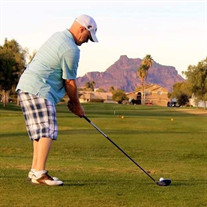 Kevin Thomas Chadwick 57, went to Heaven peacefully on May 21, 2019, at Ebeid Hospice after a 2 1/2 year fight with cancer. He was born in Toledo on September 11, 1961 to Bernadette(Bernie) and Eugene(Tom) Chadwick. Kevin was a 1981 graduate of Central Catholic High School and in 1983 graduated from Lincoln Technology Institute in Indianapolis. Chappy was a driver for Republic Services for 24 years where he had a love hate relationship for the work but loved the heck out of his generosity and loving work family. Kevin married the love of his life, Tammy Enriquez on May 5, 2012. Kevin was absolutely one of a kind and the sort of person who went out of his way to help people any way he could. His servants heart lead him to volunteer at St. Paul’s Community Center. He could be ornery as hell and he spoke his mind, but damn his heart was made of gold and he truly lived life on his own terms. He was known to be a funny person and when it came to having friends he was one rich man! Let’s congratulate Kevin on a life well lived - you really showed us how it is done! He is survived by his loving wife Tammy; the “ole man” “pops” had 6 children, Kevin Chadwick II, Brandon Chadwick, Sierra Avila, Jessa Avila, Jesus Avila IV, and 12 grandchildren. Kevin is also survived by his brothers Greg(Sue) Chadwick, John Chadwick, sisters Kathy Wielfaert, Gina Chadwick and sister-in-law Pat Chadwick, step-mother Dolores, mother-in-law Nancy Vogel. Uncle baldly had many loving nieces, nephews that he loves so dearly as while as is overwhelming love and affection he had for his cousins and friends. He was preceded in death by his son Troy Anaya, brother Doug Chadwick, best friend Robert Newman, aunts Yvonne and Audrey Chadwick, brother-in-law Ken Wielfaert, parents Tom and Bernie Chadwick. Friends and family are invited to visit on Saturday from 12:00-5:00pm in the Ansberg-West Funeral Home, 3000 W. Sylvania Ave. where prayers will be held at 4:00pm. Funeral Services will be held on Sunday at 3:00pm at Cornerstone Church, 1520 South Reynolds Rd. Those wishing to make memorial donations are asked to consider St. Paul's Community Center in lieu of flowers.

Kevin Thomas Chadwick 57, went to Heaven peacefully on May 21, 2019, at Ebeid Hospice after a 2 1/2 year fight with cancer. He was born in Toledo on September 11, 1961 to Bernadette(Bernie) and Eugene(Tom) Chadwick. Kevin was a 1981 graduate... View Obituary & Service Information

The family of Kevin T. Chadwick created this Life Tributes page to make it easy to share your memories.

Kevin Thomas Chadwick 57, went to Heaven peacefully on May 21,...