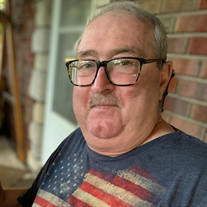 Kevin M. Corrigan, 66, of Toledo, passed away unexpectedly on Saturday, May 15, 2021. He was born in Toledo on January 10, 1955 to Raymond and Eleanor (Kreuz) Corrigan. He was the fifth child in a family of eight children. He attended Blessed Sacrament Elementary School and graduated from Central Catholic High School in 1973. He attended the University of Toledo where he was a member of Phi Kappa Psi fraternity and then pursued a career in business. With an aptitude for sales, Kevin worked with leading automotive service suppliers including divisions of Dana Corporation and major automotive parts retailers. He eventually worked his way up to Division Manager of Northern US and Canada for Luberfiner with Champion Laboratories. He retired from Luberfiner in January of 2020. Known for his easygoing nature, generosity, and charm, Kevin was loved by all. He enjoyed spending his time grilling, golfing, and relaxing with his dogs, Petey and Tommy Girl. He was best known, not for a loud laugh or a punchy story, though he offered both, but for his genuine interest in the well-being of others and his calm, soaking-it-all-in presence. A loving father and doting grandfather, Kevin is survived by his daughter, Sarah Sawyer (Kyle) of Toledo; son, William “Jake” Corrigan of Burbank, Ohio; grandchildren, Isabella, Liam, Landon and Emilia Sawyer. Also surviving are his siblings, Gary (Patricia) Corrigan, Sylvania, Ohio; Raymond (Karla) Corrigan, Perrysburg, Ohio; Colleen Pivoriunas (Rich) Perrysburg, Ohio; Maureen St. John (Robert) Perrysburg, Ohio; Kathleen Meade (Dennis) Riverside, Illinois and Sharon Dubanowich (Richard) Riverside, Illinois; brother-in-law, Michael Walsh, Chicago, Illinois, as well as many nieces and nephews and great-nieces and great nephews across the country. Kevin is also survived by five loving aunts and uncles: Thomas L. Maloney, Jerry and Carol Kreuz, Charlotte Kreuz and Eloise Kreuz. Kevin leaves 70 plus first cousins, including many who were his best friends. He was a friend to all he met with loyalties from elementary school to his retirement including Tom Maloney, Joe Reynolds, and Sydnee Teague. He was preceded in death by his parents; sister, Mary Ann Walsh; and niece, Shannon Pivoriunas. Family and friends are invited to gather on Wednesday, May 26, 2021, from 12 noon until the memorial service at 3 p.m. at the Ansberg-West Funeral Home, 3000 Sylvania Avenue, (between Secor and Douglas Roads). Contributions in memory of Kevin may be made to the Toledo Area Humane Society, 2036 South Byrne Avenue, Toledo, OH 43614.

Kevin M. Corrigan, 66, of Toledo, passed away unexpectedly on Saturday, May 15, 2021. He was born in Toledo on January 10, 1955 to Raymond and Eleanor (Kreuz) Corrigan. He was the fifth child in a family of eight children. He attended Blessed... View Obituary & Service Information

The family of Kevin M. Corrigan created this Life Tributes page to make it easy to share your memories.

Kevin M. Corrigan, 66, of Toledo, passed away unexpectedly on...