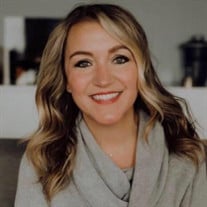 We mournfully announce the unexpected passing of Kristin A. Gorski Obarski on January 25th, 2022. Kristin was born on January 4th, 1974 to Michael and Kathy Gorski in Toledo, Ohio. After graduating from Whitmer High School, she earned a Bachelor’s of Science degree in Health Services and Administration from Ohio University. She went on to work as a recruiting specialist, pharmaceutical sales representative, provider relations coordinator for Medical Mutual, and assisted her mother in teaching at Harambee Montessori Preschool. Most recently, she worked as a salon coordinator at the French Twist. Kristin was also a devoted mother who filled her children’s lives with love, support, and joy. As her children grew, she encouraged their budding interests and many talents. Roman became a top performer in karate and competitive swimming. Kristin was proud of his plan to serve his country and enter the Navy after college. She was also very proud of Ruby’s achievements in karate, swim, dance, and musical theater. Family, community, and service to others was important to Kristin. Her volunteerism began with the many charitable events hosted by her sorority Alpha Gamma Delta. She went on to serve the Junior League and ZesToledo with a focus on feeding, educating, and sheltering local children in need. She was also a loving caregiver to her mother Kathy throughout her courageous battle with cancer. By nature, Kristin was focused on others and known as a source of positivity and laughter. She brought joy to everyone she met with her passion for life and friendship. Kristin is preceded in death by her mother, Kathy Gorski and aunt Judi (Gene) Nicely. She is survived by her father, Michael Gorski; aunt, Robin (Dave) Dudley; aunt Melinda (Bill) Dudley; aunt, Judy (John) Sobczak; brother Michael (Emily) Gorski; former spouse Jeff Obarski; children Roman and Ruby; and many nieces and nephews. Visitation will be held on Sunday, February 6th from 2:00 to 8:00 pm at Ansberg-West Funeral Home with prayers and sharing starting at 7:00 pm. An additional visitation is scheduled on Monday, February 7th from 9:30 to 10:30 am at Christ the King Church with a Catholic Mass starting at 10:30 am. A procession will immediately follow to Toledo Memorial Park Cemetery.

We mournfully announce the unexpected passing of Kristin A. Gorski Obarski on January 25th, 2022. Kristin was born on January 4th, 1974 to Michael and Kathy Gorski in Toledo, Ohio. After graduating from Whitmer High School, she earned a Bachelor&#8217;s... View Obituary & Service Information

The family of Kristin Gorski Obarski created this Life Tributes page to make it easy to share your memories.

We mournfully announce the unexpected passing of Kristin A. Gorski...