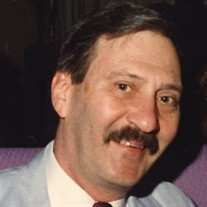 Lawrence “Larry” Houck, age 84, of Toledo and Perrysburg, died December 10, 2018. Larry was born at St. Vincent Hospital, Easter Sunday, April 1, 1934 to Clarence “Chuck” and Ann (Lorincz) Houck. Larry moved to Perrysburg three years later when his father purchased the former Champney Drug Store. He attended St. Rose elementary and Perrysburg High School, graduating with the class of 1952. While at PHS he was twice elected class president. He was selected to the National Honor Society, earned 9 varsity letters and the Johnson Award as the student/athlete of his senior class. He attended the University of Michigan, College of Pharmacy, graduating in 1956, where he joined Kappa Sigma and Phi Chi (prof) fraternities, earned a Varsity M award, and won the Remington Award as the Outstanding Senior of his class of pharmacy. Following an honorable U.S. Army discharge, he joined his father as a pharmacist at Houck’s Drug Store until 1995 when he sold the business and joined the staff of Mercy Hospital Pharmacy. He also continued operating, with his wife, Christine, Hallmark Shops in Perrysburg, Waterville and Sylvania until they were closed in 2002. After the closing of Mercy Hospital he joined Heartland Healthcare Services until his retirement in July, 2012. He continued his involvement in pharmacy as a volunteer at The Toledo Hospital in the inpatient pharmacy department and was awarded an “Outstanding Volunteer” award. He was a strong advocate for the City of Perrysburg, especially the downtown area. As president of the Downtown Business Associates, he co-initiated “Harrison Rally Days”, “Christmas Open House” and “Farmers Market” events that have continued annually to this day. When president of the Historic Perrysburg Inc., he led the campaign for the establishment of the Historic District Ordinance established to preserve the style and character of “Old Perrysburg”. Other involvements include being elected president of The Perrysburg Area Chamber of Commerce, the Perrysburg Exchange Club, and the Wood County Humane Society. He was selected by the mayor of Perrysburg to Co-Chair the 1966 Sesquicentennial, and was appointed to serve on the city Board of Zoning Appeals, eight years as its chairman. He was elected to the Board of Directors of the Citizens Banking Co. until its merger with what has now become Fifth Third Bank. He is survived by his wife of 36 years, Christine; sisters, Ann O’Shea and Marilyn Slotfeldt; children, Thomas Pitzen and Kristen Pitzen (Zach Pollock) and five grandchildren, Lucas, Riley, Zoey, Josie and Beatrice. Larry’s family requests that memorial contributions be made to The Wounded Warrior Project in lieu of flowers. A Celebration of Larry’s life will be held on January 13, 2019. Please contact [email protected] for details. Arrangements entrusted to Ansberg-West Funeral Directors

The family of Lawrence "Larry" Houck created this Life Tributes page to make it easy to share your memories.