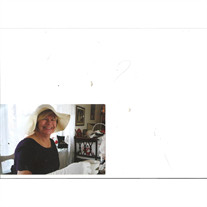 Linda L. Bruseau, 65, of Toledo, unexpectedly passed away on January 15, 2016. Linda was born on September 30, 1950. She completed 12 years of school and then got her license as a cosmetologist. She worked at Jeep Chrysler, retiring after 30 years of service. She was involved with many things such as working for Home Instead. She volunteered for the Toledo Police RSVP Program. She loved being a part of the Red Hat Group, fondly named "Foxy Ladies with Hattitudes". She loved to create projects as a member of the Stained Glass Guild at the Toledo Botanical Gardens. Linda was also a member of the Moose Lodge in Sylvania, Ohio and very proud of being a union member of the UAW Local 12. Last, but certainly not least, she was a fan of The Ohio State Football Team. Linda is survived by her sons Jamie Bruseau (Kim Hood) and Jimmy Bruseau and daughter Christy Bruseau (Billy Amsdill), her brother Bud Briggs and sister Tammy Briggs Krabill (David). Her loving grandchildren Gabby and Taylor Alvarado, Brandon Bruseau, Breanna Bruseau, Bailey Duhamel, Brooklyn Duhamel, Brady Duhamel, Alexander Amsdill, Seth Amsdill, Will Amsdill, Gabe Amsdill and Brody Hood will miss her dearly as well. Her special pets are Mick, Onyx and Oreo. She was preceded in death by parents Donovan and Catherine Briggs. Those planning an expression of sympathy are asked to consider donations to the Cherry Street Mission. Friends are invited to visit from 2:00pm to 9:00pm Thursday at the Ansberg-West Funeral Home, 3000 Sylvania Avenue, where services will be held 11:00am Friday. Expressions of sympathy may be made in the form of a donation to the Cherry Street Mission.

Linda L. Bruseau, 65, of Toledo, unexpectedly passed away on January 15, 2016. Linda was born on September 30, 1950. She completed 12 years of school and then got her license as a cosmetologist. She worked at Jeep Chrysler, retiring after 30... View Obituary & Service Information

The family of Linda L. Bruseau created this Life Tributes page to make it easy to share your memories.

Linda L. Bruseau, 65, of Toledo, unexpectedly passed away on...