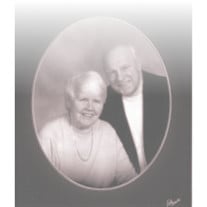 Linda Louise Kulwicki, 76, of Toledo, passed away Tuesday, December 30, 2014. She was born December 22, 1938, in Toledo to Joseph and Dorothy Hoyt. As a young adult Linda worked for her father, owner of the former Blueline Appliance. Music was an integral part of her life and she began a career in musical theater in Toledo and the surrounding areas, in the 1960’s. She was a member of the musical group, “Roadshow Entertainers” and performed at such local hotspots as Aku-Aku, Neko’s Speakeasy and Top of the Tower. As a prominent entertainer, Linda was featured in numerous Toledo Blade articles and was heralded as an “up and coming actress” and “the next Carol Burnett”. Linda was thought by many to be headed to national TV exposure but decided to devote her life to her family and a teaching career. Linda’s career in education, as a 1st grade teacher, spanned for 40 years, mainly at Christ the King School, where she retired, but also taught at St. Ann’s School and St. Hedwig’s School. Linda was a very sought after teacher, innovative and dedicated, always teaching at parochial schools. Linda would integrate her love for music and celebrate with her students when they learned how to read. She was a teacher by day and an entertainer by night. Linda was a member of Christ the King Church. She had a passion for dogs, especially “Harold” and “Woody”. Survivors include her daughter, Tracy Montri; son, John J. Kulwicki; step sons, Raymond J. Kulwicki Jr, and Matthew J. Kulwicki. She was preceded in death by her parents, husband, Raymond J Kulwicki Sr. and stepson, Gary J. Kulwicki. Friends are invited to visit from 2-8 p.m. on Monday, in the Ansberg-West Funeral Home, 3000 Sylvania Avenue, (between Secor and Douglas Roads). Prayers will begin at 9:30 a.m. Tuesday, from the funeral home, followed by the funeral mass at 10 a.m., in Christ the King Church, 4100 Harvest Lane. Interment will follow in Calvary Cemetery. Memorial contributions may be made to Christ the King Church. Online condolences may be sent to the family at www.ansberg-west.com

Linda Louise Kulwicki, 76, of Toledo, passed away Tuesday, December 30, 2014. She was born December 22, 1938, in Toledo to Joseph and Dorothy Hoyt. As a young adult Linda worked for her father, owner of the former Blueline Appliance. Music was... View Obituary & Service Information

The family of Linda L. Kulwicki created this Life Tributes page to make it easy to share your memories.