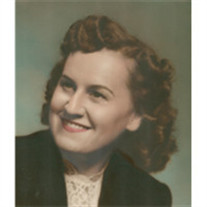 Heaps Love Lorene (Redmond) Our angel here on earth was taken from us on Monday September 2, 2013 at 4:30PM to walk with God as one of his angels. Love was born on December 9, 1924 to George “Washie” and Alma (Brock) Redmond in Jellico, Tennessee. Love married Artie Heaps on June 7, 1947 and was happily married for 63 years until Artie passed on August 10, 2010. She worked as a supervisor at Blue Cross for 30 years until her retirement. She was the Grand Matron of the Order of the Eastern Stars, Dendara Court Chapter. Love was a great cook, baker, and candy maker. She had a wonderful talent of organizing events whether at home, church or any gathering. Her greatest achievement was being a wife, mother, grandmother, and great-grandmother. Her love was constant and she was always there when she was needed. It is hard to let go of those that you love, and we will tearfully say goodbye to you. She is survived by her children, Roger Heaps and Artie Kay (Lane) Keller; grandchildren, Lane (Amy) Keller II, Casey Love (Kory) Petiniot, Nichole (Alan) Groll; great-grandchildren, Lane Keller III, Shelby Love Keller, Kayne Petiniot, Kory Petiniot Jr., Kyler Petiniot, Alan Groll Jr. , Riley Groll and Fontanna Groll and brother George Redmond. She was preceded by 2 sisters, and 4 brothers. Her family wishes to thank all of the caregivers and staff at Hospice of Northwest Ohio for the excellent care that she received. Family and friends are invited to visit from 2:00-8:00PM on Thursday September 5, 2013 in the Ansberg-West Funeral Home, 3000 Sylvania Ave. where funeral services will begin at 1:00PM on Friday. Interment will be in the Historic Woodlawn Cemetery. Those wishing to make memorial contributions are asked to consider Sheldon Park Church of God, or Hospice of Northwest Ohio on Detroit Ave. To send Love's family online condolence's, please visit www.ansberg-west.com

The family of Love Lorene Heaps created this Life Tributes page to make it easy to share your memories.