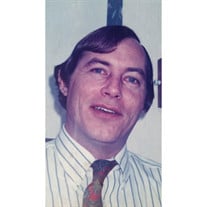 On December 13, 2015 NASCAR lost one of its biggest fans north of the Mason-Dixon Line. Marc Schoonmaker passed away peacefully at Advanced Health Care. Marc was given the ‘green flag’ in Toledo, Ohio on April 25, 1954 to ‘owners’ Sue and Jim (deceased) Schoonmaker. During the laps of his life’s race, Marc had many experiences. He grew up in west Toledo where his first job was managing a paper route for the Toledo Blade. Little did Marc realize he would later make his career there. A few more laps into his race, he graduated from Thomas A. DeVilbiss High School. During high school, he worked weekends as a pressman for The Blade where he made many friends and memories. After high school, Marc took on a ‘sponsor’, his high school sweetheart, Cindy Viertlbeck. They raced together for many laps and had two ‘crew members’, Angela Grauel (Derek, son Wylan) and Brad Schoonmaker. During that busy time, Marc also attended the University of Toledo and earned a degree in journalism as well as working part time. Marc wrote numerous articles for the Collegian, the UT newspaper. After the ‘sponsorship’ with Cindy ended, Marc continued to race his laps under ‘caution’. After a ‘pit stop’ he continued his race under a ‘green flag’. He also took on a new ‘sponsor’, Jill McDonald. They raced together for nearly 2 decades. She continues to ‘race’. During Marc’s entire ‘racing series’, he was an avid NASCAR fan and collector of very unique NASCAR memorabilia. He enjoyed the challenge of collecting autographs from his favorite drivers. He also had a collection of stories he would tell about all of his treasures. Marc worked 25 years at The Blade and retired in 2011. During each lap in life, Marc was a friend to many and an advocate for employee rights serving in many leadership roles in his Local. He had a wry sense of humor and a journalist’s eye for news. The ‘white flag’ came out for Marc in the past week. He took the ‘checkered flag’ to ‘Victory Lane’ last Sunday. He will be dearly missed. Marc is also survived by his sister Melissa Anderson, brother in-law Mike, and their sons Christian and MacKenzie. The Schoonmaker family would like to extend a sincere debt of gratitude to Michelle, Jodie and the entire caring staff at Advanced Health Care and to the Gentiva Hospice caregivers, especially Rhonda and Becky. Arrangements are by Ansberg-West Funeral Home where the family will greet friends on Wednesday from 2:00 to 4:00pm and 6:00pm to 8:00. In lieu of flowers, please make donations to The Toledo Zoological Society, Gentiva Hospice or the charity of the donor’s choice.

The family of Marc J. Schoonmaker created this Life Tributes page to make it easy to share your memories.