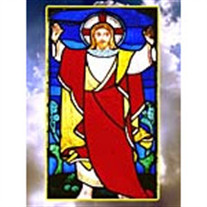 Margaret Lucille Savage died November 3, 2008 at Hospice of Northwest Ohio after a lifetime of serving others. Margaret, born January 5, 1934, was one of the nine children of Kathryn Fox Savage and John Michael Savage.? Stricken with polio at age 3, Margaret was taken to the Crippled Children's Home. Shortly after her quarantine began, Margaret's mother died, and Margaret remained in the hospital until her discharge 2 ? years later. Margaret was raised by her Dad and her older sisters. Margaret attended Feilbach School for Crippled Children followed by Notre Dame Academy and Mary Manse College where she graduated in 1956. Margaret began a lifelong, inner-city teaching career at Lincoln School and later at Nathan Hale School. Her love of children and her profession kept her as an educator until the onset of a Post-Polio condition force an early retirement. Despite her physical limitations, Margaret was very active in her professional organizations, her church, enjoying Bridge playing with her many friends and the company of her large extended family. Margaret taught religious education while a member of St. Ann's Parish (now St. Martin de Porres). Transferring to Gesu Church after purchasing her home, Margaret continued her church work by creating with Rev. Charles Sullivan, S.J., a committee of parishioners to serve as Eucharistic ministers weekly to the home bound. The group continues at Gesu Church and is known as "Charlie's Angels."? Margaret cared for her father in her home until his death in 1975. Margaret joined her eight brothers and sisters at the Savage Market after school each day even as a young child. It was there under her father's watchful eye, she and her siblings learned important lessons for life. Learning to listen to customers was a gift Margaret received and for which she was grateful. Learning that virtue early helped her as a teacher and enabled her to be a good friend … one who listens to others. Daily interaction with the same families in the immediate Detroit Avenue neighborhood, allowed Margaret and her siblings to know the customers very well. Savage Market neighbors became a second family for Margaret, and she kept some of those relationships for many years after her Dad retired and Savage Market closed. Margaret was a creative writer often honoring her family and friends with poetic tributes to celebrate important occasions. Margaret frequently contributed her honest views to Toledoans through the Toledo Blade's "Letters to the Editor." Her personal correspondence included out-of-town siblings and often, important community leaders in education and politics. As a polio survivor, she was dedicated to educating others about the need for immunizations for all children. She commended the Toledo Rotary Club who originally financed the Crippled Children's Home and Feilbach School. In recent years she supported their tireless efforts to eradicate polio throughout the world by financing vaccines in the Third World Countries. As a victim of Post-Polio Syndrome, a very new development at the time in medical science, Margaret began to educate leaders locally at the Medical College of Ohio and those at the University of Michigan Hospital in Ann Arbor where she received her treatment. Margaret was active in helping to create a Post-Polio Support Group inviting medical professionals to present current updates on the disease and to listen to members share their own struggles, thus educating one another about the aftermath of the disease. Margaret will be remembered as on who made a delightful difference in the lives of her family, friends, children and adults who were blessed to know her.? She is survived by her sisters:? Marie Witherell, Frances [Scott] Somers, Elizabeth [Frank] Campbell, Ellen [Ray] Wall, Kate Savage, Nancy [Hank] Coyle, brothers:? James [Gail] Savage, Robert [Sue] Savage.? She is also remembered as a beloved aunt by 47 nieces and nephews, 97 great-nieces and nephews, and 15 great-great nieces and nephews.?? The family is deeply grateful to Margaret's loving friends/caregivers who were always at her side during her illness.? Margaret was preceded in death by her parents, her brother, John Savage, her brother-in-law Tom Witherell, her nephew Marty Witherell, her niece Sally Witherell, and her great-niece Megan Coyle. Margaret donated her body to the Medical Center of Ohio, but the family will receive friends at the Ansberg-West Mortuary, 3000 Sylvania Avenue on Sunday, November 9 from 3:30 until 7pm.? A Memorial Mass of Resurrection will be celebrated by Rev. James Cryan, OSFS, on at 11am Monday, November 10 at Gesu Church, Parkside Blvd. There will be graveside services at a later date in Calvary Cemetery. The family request in lieu of flowers that donations be sent to Gesu Church, the Ursuline Sisters, Alzheimers Association of Toledo, Hospice of Northwest Ohio or the charity of the donor's choice. ?

Margaret Lucille Savage died November 3, 2008 at Hospice of Northwest Ohio after a lifetime of serving others. Margaret, born January 5, 1934, was one of the nine children of Kathryn Fox Savage and John Michael Savage.? Stricken with polio at... View Obituary & Service Information

The family of Margaret Lucille Savage created this Life Tributes page to make it easy to share your memories.