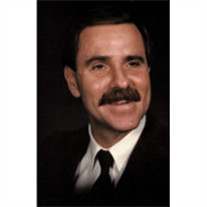 Marvin E. Carey, 68, of Sylvania, passed away Sunday June 23, 2013 at home. Marvin was born June 10, 1945 in Piqua, Ohio to Carl and Bessie Carey. Growing up as a “farm kid” in Union City, Ohio taught him many life skills and molded his character and personality into the strong determined man he became. Marvin graduated from Mississinawa Valley High School in 1963 and Miami University in 1971 with a degree in Business. Marvin proudly served his country as a Ranger in Vietnam 1968-1969, with D Company 151st out of Greenfield, Indiana. He was a recipient of a Purple Heart and Bronze Star during his service. He lastly was employed by the Post Office retiring in 2005. He heeded his father's advice to plan for retirement and pursued several of his passions and hobbies. An advocate for health and wellness, he was a Shaklee distributor. He completed a lay ministry certificate to work with young men at the Juvenile Detention Center and the Youth Treatment Center in their spiritual enrichment programs. He also completed the Master Gardener course in 2011, creating beauty and worshipping God through his landscaping and gardens. Marvin was a man of God, strong in principles, passionate, faithful, loving and respected. He was a lifelong learner, voracious reader, compassionate friend and advocate for truth. He married Patricia Vogelsang April 16, 2005 who survives him. He is also survived by his son, John (Jo Ellen) Carey; grandsons, Joseph and Jameson; sisters, Maxine (Merlin) Miller and Rachel (Curt) Eikenberry and several nieces, nephews and friends. He attended City on a Hill and prior to that Bethany Community Fellowship. We rejoice in his home going, as he is free from pain and welcomed into God's glory. Friends may call from 2:00 to 8:00pm Wednesday at Ansberg-West Funeral Home 3000 Sylvania Avenue where services will be held 11:00am Thursday. Burial will follow in Toledo Memorial Park. Those wishing to make a memorial contribution may consider the OSU extension Master Gardener Program, WPOS, Hospice of Northwest Ohio or charity of the donor's choice.

The family of Marvin E Carey created this Life Tributes page to make it easy to share your memories.