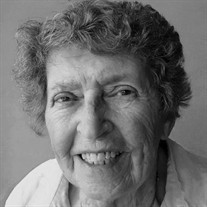 Mary Ann (McNulty) Buckley, 92, of Toledo, OH, passed away Thursday, December 17, 2020, at her residence. She was born July 13, 1928, to Patrick and Ellen (Ruane) McNulty in the village of Cullonaughton, County Mayo, Ireland. As a child, she worked on the farm and attended Callow school. Upon confirmation, she took an oath through the Sisters of Charity to abstain from alcoholic drinks, a pledge she kept for the rest of her life. Her first job was at O’Connors, a shop and pub in the town of Swinford working as a cashier and bar tender where she learned how to pour a pint of Guinness. At 16, she moved to Dublin to work on O’Connell Street at an ice cream parlor near what was then “the Nelson Pillar.” Then to London in1946 to join her father and brother Patrick, where she was employed as a secretary and bookkeeper. In 1948, she emigrated to the United States, arriving in Toledo, OH, to once again join her brother Patrick and a number of uncles and cousins. She was very proud to become a US citizen in 1953. In Toledo, she met the love of her life, a fellow Irishman from County Cork, Maurice Buckley. They were married at St. Ann’s Church in April 1954. With Maurice she bore and raised seven children: six sons and one daughter. Eventually, she rejoined the workforce as a cafeteria aid at school. As the nest emptied, she returned to secretarial work at the Diocese of Toledo and later became office manager at the Toledo Day Nursery; this position she enjoyed for many years until her retirement. Thereafter, she contributed her skills as a volunteer at both St. Vincent’s and St. Anne’s Hospitals. Mary Ann was a devoted member of Saint Catherine’s and the Historic Church of St. Patrick’s parishes. She remained proud of her Irish heritage and was very active in the local Irish community; a member of the local chapter of The Daughters of Erin, she was active with the Ladies Auxiliary of the “Ancient Order of Hibernians,” being a founding member. She enjoyed family, Irish music and dancing, travel and spending time with friends over a game of Dominoes. She was preceded in death by her parents, husband Maurice, her brothers, Patrick and John McNulty, and sisters Bridie Holland, Kathleen Sheehan, and Eileen McNulty; also, her daughter-in-law: Jennifer Ann (Gorman) Buckley. She is survived by her children: Kevin, Sean (Yvonne), Dan (Mary Ann), Brendan (Monica), Tom (Geri), Brian (Bronwen) and Maura Buckner; her grandchildren, Katie (Tim) Bettis, Megan (Curt) Honcharik, Ian, Jacqueline (Conner) Edgeworth, Bridget (Westin) Welker, Kaileigh Anne (William) Tayek, Mary Anne, Shannon (Austin Jones) Buckner, and the youngest Oona and Stuart. Mary Ann was great-grandmother to Eleanor, Henry, Nora, Faye, Julia, with another “on the way;” in addition to cousins, nieces and nephews, located both in Ireland and England. She is also survived by her in-laws Kathleen (Patrick) McNulty, Richard (Bridget “Bridie”) Holland, and Tim (Kathleen) Sheehan, along with a number of cousins, nephews and nieces, Laurie (Haener) Buckley as well as her long-time friend, and neighbor, Joan Weilk. The family would like to extend special thanks to Geri Buckley for all her assistance during Mary Ann’s hospice care, as well as to everyone else for their kind thoughts and prayers. Family and friends are invited to visit on Monday, December 21, from 3:00-7:00 p.m., at the Ansberg-West Funeral Home, 3000 Sylvania Avenue, (between Secor and Douglas Roads). Visitation will also be held on Tuesday, December 22, from 9:30 a.m. until the funeral mass at 10:30 a.m., at The Historic Church of St. Patrick, 130 Avondale Avenue. Due to COVID-19, social distancing and facial coverings are required both at the funeral home and church. In lieu of flowers, memorial contributions may be made to either The Historic Church of St. Patrick or the Toledo Day Nursery. A celebration of Mary Ann’s life will be held at a later date yet TBD, post-COVID-19 in 2021.

Mary Ann (McNulty) Buckley, 92, of Toledo, OH, passed away Thursday, December 17, 2020, at her residence. She was born July 13, 1928, to Patrick and Ellen (Ruane) McNulty in the village of Cullonaughton, County Mayo, Ireland. As a child, she... View Obituary & Service Information

The family of Mary Ann (McNulty) Buckley created this Life Tributes page to make it easy to share your memories.