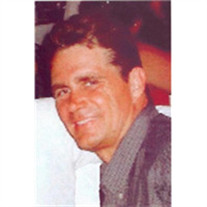 ??? Michael J. Carroll passed away suddenly at his home on Thursday, May 24, 2007 at the age of 44. ??? Michael was born in Green Bay, Wisconsin on February 22, 1963 to Charles and Barbara Carroll. Mike was raised in Toledo and graduated from Sylvania Northview High School in 1981. Michael continued his studies at the University of Toledo where he earned a B.S. degree in Environmental Science/Administrative Services with a minor concentration in Chemistry. After completing his undergraduate coursework, Mike earned an MBA with an emphasis in Materials Management from the University of Toledo's College of Business Administration. Michael, who worked his way through school, was very proud of his hard-earned academic accomplishments. ??? Michael worked in the automotive and manufacturing sectors throughout the United States and abroad and was most recently employed with Ingersoll Rand as a purchasing executive. Michael was a hands-on manager who relished a personal connection with his employees. In fact, Mike took the extraordinary step of teaching himself Spanish to be a more effective supervisor while on assignment for General Electric in Mexico. ??? Michael was a talented and accomplished collegiate wrestler and a HAM radio enthusiast. He had a love for animals and was a life-long Green Bay Packers fan. Mike had a zest for life, a keen wit, and a selfless demeanor that will be missed by all. ??? Michael is survived by his loving parents Charles and Barbara of Wisconsin Rapids, Wisconsin, and formerly long-term residents of Toledo, his brothers,? Chuck of Los Angeles, California,? Scott? (Denise) of Grand Haven, Michigan, Jeff (Becky) of Charlotte, North Carolina, Pete (Lisa) of Indianapolis, Indiana, and his loving fianc? Susan M. Vasko along with her mother Mary and brother Joseph. Mike is also survived by nephews Benjamin, Cameron and Lucas and nieces Barbara Joy, Anne and Brittany. Mike's beloved little sister Barbie preceded him in death at the age of 15 in 1981. ??? Friends are invited to visit at the Ansberg West Funeral Home at 3000 West Sylvania Avenue on Monday from 4pm to 9pm and Tuesday? from 11am to 1pm.? A prayer service will commence at 1:00pm Tuesday at the funeral home and burial will follow at Woodlawn Cemetery. Friends are encouraged to attend. ??? Those wishing to give memorial offerings are asked to consider the American Heart Association located at 1701 Woodlands Drive, Suite 200, Maumee, Ohio 43537.

??? Michael J. Carroll passed away suddenly at his home on Thursday, May 24, 2007 at the age of 44. ??? Michael was born in Green Bay, Wisconsin on February 22, 1963 to Charles and Barbara Carroll. Mike was raised in Toledo and graduated from... View Obituary & Service Information

The family of Michael Carroll created this Life Tributes page to make it easy to share your memories.

??? Michael J. Carroll passed away suddenly at his home on Thursday,...