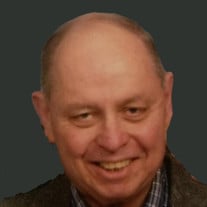 Michael Raydon “Mike” Bittner, age 72, of Sylvania, Ohio gave his final salute on Tuesday, January 19, 2021. He was born on August 31, 1948, in Toledo, Ohio to Raydon and Phyllis Bittner. He attended McKinley Elementary and graduated from DeVilbiss High School in 1966. He received his Bachelor of Arts from Columbia College. After high school graduation, Mike enlisted in the United States Army (Infantry). He was a Vietnam Veteran. In his 20-year Army career, among other responsibilities, he was a drill sergeant, recruiter, and ROTC instructor. Mike and his family took great pride in his military service. Mike also had a second career working for the American Red Cross after his retirement from the Army. Outside of work, Mike enjoyed sports, particularly bowling. He was a lifelong fan of the MLB Yankees and the NFL Colts. Mike loved a good joke, going to the movies, and spending time with his family. Mike is survived by his wife Karen (Wietrzykowski) Bittner, with whom he would have celebrated their 50th wedding anniversary on January 22, 2021; daughters, Diana Bittner and Erica (Brandon) Kennedy; sister, Judy Welsh; grandchildren, Joseph, Emma and Morgan; and several nieces, nephews and cousins. He was preceded in death by his parents, Raydon and Phyllis Bittner. Family and friends are invited to visit on Tuesday from 3-7 p.m. at the Ansberg-West Funeral Home, 3000 Sylvania Avenue, (between Secor and Douglas Roads), where a Celebration of Life will follow at 7 p.m. Contributions in memory of Mike may be made to the American Heart Association or the donor’s favorite charity. The family would like to express their thanks to the ICU staffs at Flower and Toledo Hospitals for their generous care and frequent communication.

The family of Michael "Mike" Raydon Bittner created this Life Tributes page to make it easy to share your memories.