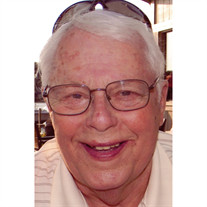 Reid Michael F. Michael F. Reid, 73, passed away August 12, 2015 at Ebeid Hospice. He was born October 19, 1941 to Euclid and Dorothy Reid in Toledo. Mike grew up on Devil’s Lake and was a graduate of Addison High School. From the age of 15, he worked at Reid’sHeating and Air Conditioning, which he eventually owned and operated for many years. His knowledge and expertise of the HVAC industry was frequently called upon by friends and colleagues alike, even after his retirement in 2002. Mike also opened many Arthur Treacher’s franchises in Pennsylvania that he managed for many years. He was known for his sense of humor and outgoing personality to all that he met. A lifelong diabetic, Mike always maintained a positive attitude despite the difficulties that he faced. His attitude enabled him to help others who were struggling with diabetic challenges. Mike loved spending time on the water, boating and fishing and enjoyed his many trips to Hilton Head and Maine. Mike is survived by his loving fiance’, Sandy Arnold; sons, Shannon (Miriam), Kelly and Brian (Keli Ross) Reid; daughters, Sherry (Brad Wallick) Reid, Trudy (Brandon) Bonaduce; 16 grandchildren, Andrew, Blythe, Michael, Nick, Brianna, Matthew, Elizabeth, Collin, Evelyn, Pyper, Carly (Ben), Gabby, Kate, Molly, Drew, Lauren; brother, Pat; many loving nieces and nephews and special friends, Lanny and Gail and John and Bobbi. Special thanks to the Toledo Hospital, 8th Floor East nursing staff for the compassionate and loving care of Mike. Friends are invited to visit from 4:00pm to 7:00pm Friday at Ansberg-West Funeral Home 3000 Sylvania Avenue where a celebration of Mike’s life will be held 10:00am Saturday. In lieu of flowers memorial contributions may be made to the American Diabetes Association. Condolences for Mike’s family may be expressed online at www.ansberg-west.com

Reid Michael F. Michael F. Reid, 73, passed away August 12, 2015 at Ebeid Hospice. He was born October 19, 1941 to Euclid and Dorothy Reid in Toledo. Mike grew up on Devil&#8217;s Lake and was a graduate of Addison High School. From the age... View Obituary & Service Information

The family of Michael F Reid created this Life Tributes page to make it easy to share your memories.