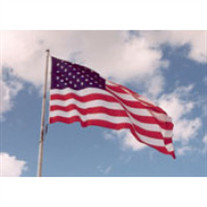 Paul L. Vahle passed away on April 26, 2012, at The University of Toledo Medical Center at the age of 87. He was born on April 17, 1925, in Paint Cliff, Kentucky and was one of 11 children born to Tom and Cordie Vahle. From high school, Paul joined the U.S. Navy where he served in World War II and was aboard the LST 695. After the Navy, he joined the U.S. Army where he served his country for 23 years. During his early Army years, he married Julia Hamlin (Stearns, KY) and together they had four children. Following his military career, Paul continued working in the military arena as the administrator of The University of Toledo ROTC program. He was passionate about sports and played basketball for the Army and was an enthusiastic New York Yankee fan. He was also a long-time member of the UT Lady Rockets Fan Club. As a member of Emmanuel Baptist Church, he was involved with Emmanuel Lights and assisted in building sets for the annual Christmas Musicale. He was active at the Eleanor Kahle Senior Center for many years volunteering wherever the need was. Paul is survived by sons, Kirby (Nancy) Vahle of Dallas, TX, Larry Vahle of Mobile, AL; daughter, Sandy (Fred) Whitman of Toledo; 8 grandchildren; 10 great-grandchildren; one brother, and one sister. He was preceded in death by his parents; four sisters; four brothers, and daughter, Donna. Friends are invited to attend a Graveside Service on Wednesday, May 2, 2012, at 11:00 a.m. at Toledo Memorial Park (Monroe St-Sylvania, OH) followed by a luncheon at Emmanuel Baptist Church (Laskey Road). Attendees for the service should be at the Cemetery Office by 10:45 a.m. Pastor Bruce Snyder will officiate and the Lucas County Burial Corp will participate. The children of Paul would like to especially thank the caregivers and the entire staff of the Parkcliffe Community for their love, care and support. A thank you also to the Ansberg-West Funeral Directors for their assistance with final arrangements. Anyone wishing to make a memorial is asked to consider Emmanuel Baptist Church. To send Paul's family online condolences, please visit www.ansberg-west.com

Paul L. Vahle passed away on April 26, 2012, at The University of Toledo Medical Center at the age of 87. He was born on April 17, 1925, in Paint Cliff, Kentucky and was one of 11 children born to Tom and Cordie Vahle. From high school, Paul... View Obituary & Service Information

The family of Paul Vahle created this Life Tributes page to make it easy to share your memories.