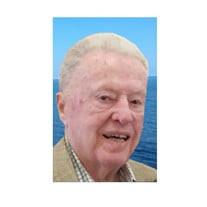 Rich Jackson, 75, of Homestead, FL, died peacefully Friday morning at his summer home at Sand Beach, Oak Harbor Ohio. He was the son of Richard and Lillian (Hughes) Jackson who preceded him in death. He spent his childhood years in (East) Toledo, and was a graduate of St. Thomas Aquinas Grade School and Macomber High School. While he was a young teenager, his family moved to Sand Beach and he attended The University of Toledo. Rich first worked for Toledo Cut Stone Co. and following college, Owens Illinois Corp. Deciding to strike out on his own, he went into construction in the Oak Harbor area and then, with a friend, purchased the Toussaint Tavern. He was offered a job in the lumber business and worked at that in Oklahoma and Texas before starting a small lumberyard in Homestead, FL, K&A Lumber, which he and his son built into the largest single unit lumberyard east of the Mississippi, as well as the largest fabricator of steel reinforcement bar in the United States. Growing up at the beach Rich loved swimming, boating, and especially water skiing, at which he was very good. While teenagers he and his friends would take his 13" Lyman outboard skiff exploring in all the rivers and creeks around Sand Beach, and also to some of the Lake Erie Islands. He had several boats over the years and at the time of his death was the proud owner of a 54' Eastbay, by Grand Banks Marine. On Irish Rover he made several trips between its berth at Coral Gables, FL and Toledo, on Lake Erie. With some of his old grade school buddies Rich made the "Great Loop" in Irish Rover, starting in Coral Gables and going north on the Intracoastal Waterway to Norfolk, then on the Atlantic to New York, up the Hudson River to the canal leading to Lake Champlain and on to Montreal, up the St Lawrence to lake Ontario, through the Trent-Severn Waterway to Lake Huron's Georgian Bay, through the North Channel to the Straits of Mackinac, thence to Chicago on Lake Michigan. From Chicago, their route was to the Mississippi on the Illinois Waterway, on to the Ohio River to the Tennessee River and then to the Tenn-Tom Canal and Waterway to Mobile Bay, across the Gulf of Mexico to Key West and, finally, on up to home base at Coral Gables. Quite a trip for a bunch of guys in their seventies! Rich loved spending as much time as possible with his kids and grandchildren and will be sorely missed by them. He is survived by his, his son and daughter-in law, Rich and Stephanie Jackson and his daughter Carrie Jackson, all of Coral Gables, FL, and his grandchildren Ananda Wisznat, Richie, Cole and Reese Jackson, several nieces and sisters Kathleen Havnes, Austin, TX, and Tina (Jon) Kislak, Miami, FL cousins and by his former wife, Joyce. Friends are invited to visit his family after 12:00 noon on Thursday June 30, 2016 in the Ansberg-West Funeral Home, 3000 W. Sylvania Ave. where services will immediately follow begging at 1:00pm. Rev. Phillip Smith Officiant. Interment will be in Calvary Cemetery. To send his family online condolences, please visit www.ansberg-west.com

Rich Jackson, 75, of Homestead, FL, died peacefully Friday morning at his summer home at Sand Beach, Oak Harbor Ohio. He was the son of Richard and Lillian (Hughes) Jackson who preceded him in death. He spent his childhood years in (East) Toledo,... View Obituary & Service Information

The family of Rich Jackson created this Life Tributes page to make it easy to share your memories.