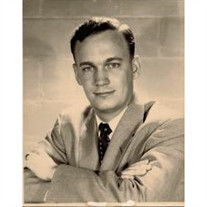 SMITH Dr. Robert Francis Dr. Robert Francis Smith, 87, of Toledo, passed away peacefully, at St. Luke's Hospital, surrounded by his loving family. He was born February 28, 1927, in San Francisco, CA, to Harold and Esther Smith. Bob's family later moved to Detroit, MI, where he attended Visitation School and graduated from St. Theresa High School, in 1945. In the middle of his senior year in high school, Bob enlisted in the United States Coast Guard, during WW II, serving in the Pacific area for 2 years. Upon returning from the service, he attended the University of Detroit, where he was a member of the Delta Sigma Pi Fraternity and graduated in February, 1951, with a B.S. degree in Business Administration. Bob was employed at Libbey-Owens Ford Glass Company in Rossford, for 2 years, where he became an assistant office manager at their largest plant. That is where he realized what he wanted as his life's work and that he didn't want a business life at a large corporation, but rather be a real help to people in a professional capacity. He returned to school at Ohio State University where he graduated from the College of Dentistry in June, 1960 and was a member of the Delta Sigma Delta Dental Fraternity. Bob began his general dentistry practice with Dr. Leo Cunningham at Reynolds Corners. In 1963 he opened his own private practice in the Forum Professional Building, (Sylvania and Talmadge), until he retired in 2006, after 46 years. He was a perfectionist and treated his patients as he would have wanted to be treated. Many of his early patients and their families were still patients when he retired. Bob was a member of the Toledo Dental Society, the Ohio Dental Association, the American Dental Association, Maumee Valley Toastmasters International and the United States Power Squadron. He was also a member of Christ the King Catholic Church for almost 50 years, where he was as a lecturer, communion distributor, usher and served on the Liturgy Committee. Bob married Mary Margaret Thebes on June 23, 1956 and they celebrated 58 years of marriage, last June. Together they looked forward to going to St. Petersburg, FL and fishing on Tampa Bay with brother-in-law, John Cannon and nephews John Paul and Rob. Boy Scouting was a big part of Bob's pre-high school life and he later became a Boy Scout Leader. He enjoyed the outdoor life with camping, swimming and boating. He loved to sail on his boat, "Moonglow." Bob would sail on Lake Erie, to Put-in-Bay, Canada and Toledo Harbor Light. Bob loved to spend time with his grandchildren and attending their soccer, volleyball, basketball and football games, school plays, musicals and piano recitals. He was a marvelous story teller and entertainer. Bob was a strong, but kind and gentle man. Bob is survived by his loving wife, Mary Smith; daughter Dr. Carolyn (Dr. Charles) Gbur; grandchildren, Alexandria Gbur, Charles Gbur III, Gina Gbur and Delaney Gbur; sister, Florence (Jim) Dunn, sister and brother-in-law, Jane and John Cannon and nephews, John Paul and Rob Cannon. He was preceded in death by his parents, brothers, Martin, Lawrence, Donald and Kenneth and grandson, Mikey Gbur. Bob will be deeply missed by all who knew and loved him. Friends are invited to visit from 2-8 p.m., Thursday, in the Ansberg-West Funeral Home, 3000 Sylvania, (between Secor and Douglas Roads), where a prayer service will be held at 7 p.m. Prayers will begin at 10:30 a.m. Friday from the funeral home followed by the funeral Mass at 11 a.m., at Christ the King Catholic Church. Entombment will follow at Resurrection Cemetery. Memorial contributions may be made to the Michael Anthony Gbur Scholarship Fund or the American Heart Association. The family would like to thank the doctors, nurses and staff at St. Luke's Hospital for the wonderful care given to Bob.

The family of Robert Francis Smith created this Life Tributes page to make it easy to share your memories.