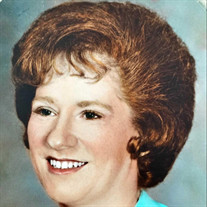 Roberta ‘Bobbie’ passed away peacefully at home with family on Friday, February 25th, 2022 at the age of 85. Born in Bronson, MI on June 29,1936 to Joseph and Leona Deranek, Bobbie touched many lives with her unconditional love and service. She was a graduate at Bronson High School in 1954, and subsequently graduated from Nazareth College Division of Nursing / Borgess Hospital in Kalamazoo, MI in 1957, as a Registered Nurse. She served as RN at Bixby Hospital in Adrian, Michigan (1959-1960) before working in the offices of several area physicians (1960-1966). In December of 1966, she joined the staff at Herrick Hospital in Tecumseh, MI, where she was chosen to help open the first Coronary Intensive Care Unit in the area. She served as head nurse there through December of 1973 when she left nursing to marry and move to Toledo. From 1980 to 1990, Bobbie volunteered as administrative coordinator and fund raiser for the Toledo Area Wheelchair Athletic Association, also known as the Toledo Silver Streaks wheelchair basketball team. During her tenure, the Silver Streaks made it to the Final Four (out of 180 teams nationally) 3 times. Additionally, she served as Commissioner of the Great Ohio Wheelchair Basketball Conference (1986-1990). From 1987-1989 she worked as campaign treasurer for a Toledo City Councilman. Bobbie was preceded in death by her father Joseph (1987), her mother Leona (2012) and her husband Carl (2018). She is survived by her daughter Denise, stepson Ned Barnes (Karen) and unofficially (affectionately) adopted stepdaughter Rebecca Aumiller (Michael), as well as many grand children and great grand children. Family’s sincere gratitude goes out to the uniquely close and loving group of neighbors Bobbie enjoyed, who truly cared for and helped each other through the years. Family is also most grateful for the loving care of special in-home aids (esp. Angie) from Right at Home of Sylvania, as well as outstanding, compassionate end-of-life care from Ohio Living Home Health and Hospice. Visitation will be held at Ansberg-West Funeral Home 3000 W. Sylvania Ave. on Saturday, March 5th, 2022 from 9:30am-11:30am immediately followed by a service. Interment will follow at Toledo Memorial Park Cemetery. Donations may be made to St. Jude Children’s Research Hospital.

Roberta &#8216;Bobbie&#8217; passed away peacefully at home with family on Friday, February 25th, 2022 at the age of 85. Born in Bronson, MI on June 29,1936 to Joseph and Leona Deranek, Bobbie touched many lives with her unconditional love... View Obituary & Service Information

The family of Roberta A. "Bobbie" Keeran created this Life Tributes page to make it easy to share your memories.

Roberta ‘Bobbie’ passed away peacefully at home with family on...