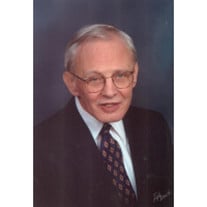 Bonfiglio Roman B. Roman B. Bonfiglio, 75, was transferred to the immediate presence of God on October 31, 2013 at Hospice of Northwest Ohio in Perrysburg. A native of Toledo, he was born to Anna and Baldassare Bonfiglio on September 18, 1938. Roman was a graduate of Macomber High School, class of 1958, where he began his love for the machining trade. He honorably served his country for four years in the United States Army, three of which were served in Germany. Upon returning from over seas, Roman became employed by Reihle's and later Henzler's Manufacturing. A devoted husband and father, Roman worked tirelessly at Ford Motor Company-Maumee Stamping Plant for 27 years prior to his retirement in 2004. Roman was an active member of Most Blessed Sacrament parish for 46 years, where he enjoyed watching his children grow in the Catholic faith. Additionally, he was a member of the American Legion and the Ford UAW Retirees. After retirement, Roman enjoyed working in his vegetable garden and cooking, but most especially spending time with his children and grandchildren. He is survived by his loving and devoted wife of 47 years, Kathleen (Priebe) Bonfiglio; children, Greg (Amy) Bonfiglio, Jennifer (Patrick) Lahey, Julia (Brian) Rudy of Cary, NC; grandchildren, Nicholas and Eleanora Bonfiglio, Andy and Bobby Beck, Nathan and Owen Rudy; step-grandchildren, Shelby, Olivia, Clare and Grace Lahey; siblings, Art (Eileen) Bonfiglio, Evelyn (Frank) Stukenborg and Bernadine Tammerine. He was preceded in death by his sisters Florence Bonfiglio and Beatrice Hager. Roman's family wishes to extend special thanks to the Neuro ICU Team at Toledo Hospital, Hospice of Northwest Ohio and the many family and friends for all of their love and support throughout the past few weeks. Friends are invited to visit from 2:00-8:00 pm on Sunday November 3, 2013 at Ansberg-West Funeral Home, 3000 W. Sylvania Ave. where Scripture Services will begin at 7:00 pm. Friends may also visit after 9:00 am on Monday at Most Blessed Sacrament Church where The Mass of the Resurrection will begin at 10:00 am. Monsignor Michael Billian, Officiant. Interment will be at Resurrection Cemetery. Those wishing to make memorial donations are asked to consider Most Blessed Sacrament Church Building Fund or Hospice of Northwest Ohio. To send Roman's family online condolences, please visit www.ansberg-west.com

Bonfiglio Roman B. Roman B. Bonfiglio, 75, was transferred to the immediate presence of God on October 31, 2013 at Hospice of Northwest Ohio in Perrysburg. A native of Toledo, he was born to Anna and Baldassare Bonfiglio on September 18, 1938.... View Obituary & Service Information

The family of Roman B. Bonfiglio created this Life Tributes page to make it easy to share your memories.

Bonfiglio Roman B. Roman B. Bonfiglio, 75, was transferred to...