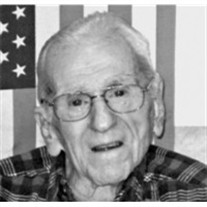 Roman Thomas Scherer passed away at the age of 89 on Saturday, May 28, 2011. Tom was born in Toledo, Ohio, on April 10, 1922. He was the son of Thomas and Matilda (Fritscher) Scherer. Tom was a 1940 graduate of Macomber Vocational High School in Toledo, Ohio. Following his graduation, he served with the Army Air Corp during World War II in Wisconsin and Hawaii. On June 22, 1947, he married Margaret Helen Lugibihl and they had four children. Tom earned a Bachelor's and a Master's Degree in Education from the University of Toledo. He taught automotive, radio, and television electronics at Woodward High School. He later became Executive Director of Vocational and Adult Education for Toledo Public Schools where he was responsible for building the Skill Centers including the Horticulture and Aviation Centers. He retired in 1978. He then worked for Cavalear Realty and The Toledo Chamber of Commerce. He was a member of the Lions Club. When his children were young, he was one of the founders of the PTA at the newly-built Elmhurst School. He enjoyed being involved in both Cub Scouts and Boy Scouts. He and his wife Margaret remained active volunteers throughout their children's school days and accompanied the Start High School Choir on a trip to Poland where they made some wonderful friends and memories. Tom's interests were woodworking, fishing, camping, playing cards, reading, gathering for the holidays, and having fun at their house on Crystal Lake in Michigan. Tom was preceded in death by his wife, Margaret, his son, Mark, and his brother, Jermain. He will be greatly missed and lovingly remembered by his daughters Connie (John) Schoen, Jenatha (Donald) Boose, son, Michael, and daughter in law, Teresa Scherer. She also leaves grandchildren Amy (Sean) Hineline, Angela (Michael) Henry, Aaron (Abbie) Schoen, Stephanie, Kevin, and Melanie Boose, Laura (Clinton) Jepkema, Brian, Bradley, and Steven Scherer, and 7 great grand children Brandon, Jacob, and Anna Henry, Tyler and Emily Hineline, and Jack and Caroline Schoen , sister-in-law, Margaret Anne Scherer, nephews, Larry and Jim, sister-in-law Ruth Ann (Richard) McCarbery, niece Sarah (Dennis) Waggoner, their children Natalie, Madeline and Trent , and nephew, Ryan McCarbery. Visitation is from 2-8 p.m. Tuesday, May 31, 2011 in the Ansberg-West Funeral Home, 3000 Sylvania Ave. where funeral services will begin at 11:00 a.m. on Wednesday, June 1. Interment in Toledo Memorial Park Cemetery. The family requests that donations be made to the Toledo Public Schools - Natural Science Technology Center or the Toledo Public Schools - Aviation Center.

Roman Thomas Scherer passed away at the age of 89 on Saturday, May 28, 2011. Tom was born in Toledo, Ohio, on April 10, 1922. He was the son of Thomas and Matilda (Fritscher) Scherer. Tom was a 1940 graduate of Macomber Vocational High School... View Obituary & Service Information

The family of Roman Thomas Scherer created this Life Tributes page to make it easy to share your memories.

Roman Thomas Scherer passed away at the age of 89 on Saturday,...